Shares of AMAG Pharmaceuticals (NASDAQ:AMAG) were skyrocketing 44.6% higher as of 11:10 a.m. EDT on Thursday. The huge jump began Thursday morning after Bloomberg reported that Covis Pharma, a drugmaker backed by Apollo Global Management (NYSE:APO), is in talks to acquire AMAG. Covis confirmed this report later in the day by announcing that it plans to buy AMAG for around $647 million.

Covis' offer reflects a 46% premium above AMAG's closing price on Wednesday. So why hasn't the biotech stock moved even higher today? Investors realize that there's always a chance that the deal won't close for some reason. 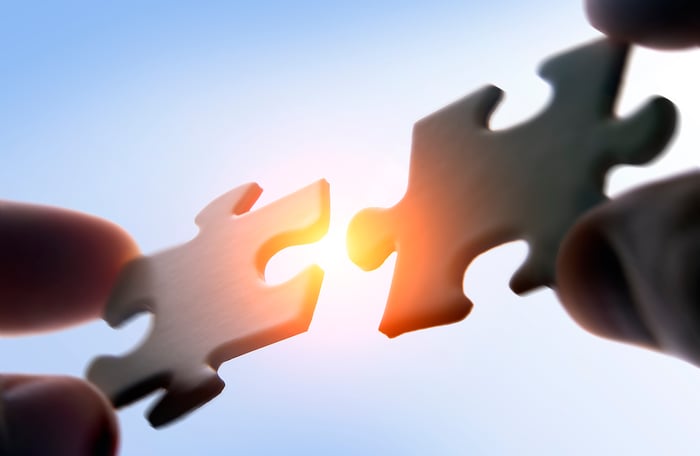 It's not surprising in the least that AMAG was in the market to be taken over. Earlier this year, the company announced that it was performing a strategic review of its products and business strategy. That review led to AMAG selling its women's health products business, a move that could have increased the company's attractiveness to potential acquirers.

Covis CEO Michael Porter said that AMAG's products are "strong strategic complements" to Covis' lineup. He added that the acquisition would "unlock value for all of our stakeholders."

The deal has already been unanimously approved by both AMAG's and Covis' boards of directors. Next steps include regulatory approval and the tender of AMAG's shares. All of AMAG's board members and executives have agreed to tender their shares to support the acquisition. Assuming there are no roadblocks, the transaction is expected to close in November.