Shares of BigCommerce Holdings (BIGC 1.80%) fell 29.3% during the month of September, according to data from S&P Global Market Intelligence. The e-commerce software platform had a number of factors going against it during the month. Most notably, BigCommerce went public on Aug. 5 and immediately tripled on its first day of trading, only to then continue rising and finishing the month at nearly five times its IPO price.

That's a tough act to follow, and the company's September earnings release couldn't quite match up to the enthusiasm. 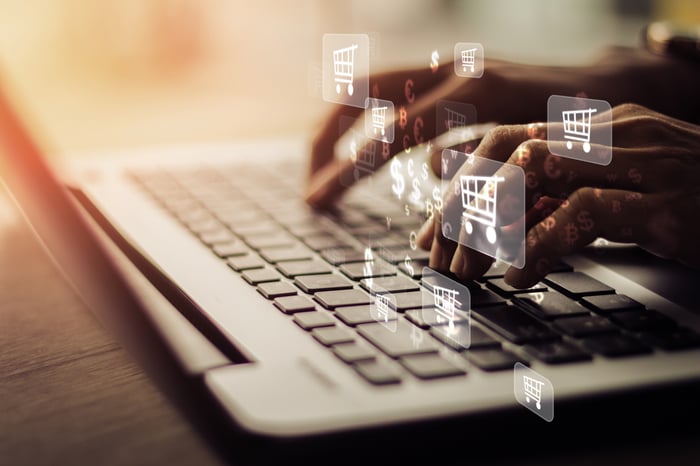 New IPO stocks can have very big stock price movements, both to the upside but also to the downside, especially once actual numbers fail to live up to high expectations. That's apparently what happened to BigCommerce, as the stock fell despite the company beating analyst expectations for the second quarter.

Revenue was up 33.5%, with the annualized revenue run-rate up 32% over 2019, ahead of analyst predictions. Like many high-growth software-as-a-service stocks, the company is still unprofitable, but its net loss of ($0.54) also beat investor expectations.

BigCommerce came to market as a potential peer and competitor to high-flyer Shopify (SHOP -0.78%), which may have accounted for the massive surge in its stock price after its IPO. But Shopify is not only bigger, but also grew at 97% last quarter -- roughly triple the rate of BigCommerce. As my colleague Nicholas Rossolillo points out, that incremental growth is entirely due to Shopify's lower-margin merchant services division, which takes a cut of every item sold through its platform. Still, Shopify does seem to have a first-mover advantage and wider moat today.

That's not to say that BigCommerce can't achieve Shopify's breadth of tools one day, but it's not entirely a sure thing. As is the case with so many growth stocks, a lot of good news appears priced into BigCommerce, which trades at almost 40 times its annualized revenue.

Investors should be careful, and if you wish to place a bet on BigCommerce, make sure your portfolio allocation is reasonable.