Here's what it would take.

Popularity isn't necessarily a good thing. There have been plenty of popular stocks in the past that eventually flamed out.

But popularity isn't necessarily a bad thing, either. For example, quite a few of the 100 most popular stocks on the Robinhood trading platform appear to have very good growth prospects. Here are three on the list that could even realistically double within one year. 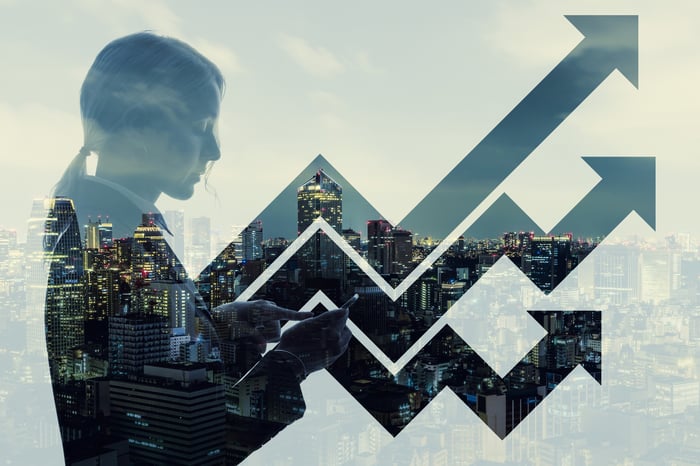 Novavax (NVAX -3.29%) has gone way beyond doubling over the last 12 months. The biotech stock is up more than 2,000% thanks to good news for its influenza and coronavirus vaccine programs. It could very well deliver another 100% or greater return over the next year.

What would it take? For one thing, Novavax needs its COVID-19 vaccine candidate NVX-CoV2373 to succeed in late-stage clinical studies. The company has already kicked off a late-stage study of the vaccine in the U.K. and expects to soon initiate a phase 3 trial in the U.S. If NVX-CoV2373 goes on to win regulatory clearance, Novavax stands to make billions of dollars.

Success for NVX-CoV2373 by itself could be all Novavax needs to double. But the stock would undoubtedly get a big boost as well if its flu vaccine NanoFlu wins Food and Drug Administration approval. NanoFlu has already sailed through phase 3 testing with flying colors. The only remaining hurdle is a planned lot consistency clinical trial.

Robinhood investors also really like another coronavirus-focused biotech stock -- iBio (IBIO 8.75%). The stock has soared by about 600% so far this year, coming down from its peak in July, when it climbed as high as 2,470% year to date.

The company plans to first conduct toxicology studies of IBIO-201 before beginning a phase 1 study of the investigational vaccine. If iBio is able to initiate this early stage study before the fourth quarter of 2021, it's quite possible that the stock could double.

Unlike Novavax and iBio, Canopy Growth (CGC 10.22%) hasn't performed well in 2020. The Canadian cannabis producer's share price has dropped more than 30% so far this year. Canopy would need a lot to go right, but it's not too much of a stretch to envision the pot stock doubling over the next year.

There's one catalyst that could be all that's needed to spark a major comeback for Canopy: U.S. marijuana legalization. That catalyst could be on the way depending on the outcome of the November elections. Canopy would likely be the biggest winner among Canadian cannabis stocks if federal marijuana laws were changed in the U.S. because of its option to acquire U.S.-based Acreage Holdings and its close relationship with U.S. adult beverage giant Constellation Brands.

What if the U.S. elections don't pave the way for federal legalization of marijuana? Canopy would definitely be less likely to see its share price to double. However, significant improvement in the Canadian recreational marijuana market combined with growth in European medical cannabis markets would help. With Canopy's and Acreage's planned launch of cannabis-infused beverages in the U.S. next year added in, the stock could potentially deliver a 100% gain.

All investors like the idea of the stocks that they own doubling in a short period. I think that Novavax, iBio, and Canopy Growth are popular Robinhood stocks that could pull off such a feat.

But there's also a not-so-popular reality: These potential big gains are joined at the hip with big risks. Neither Novavax nor iBio are guaranteed to have success with their pipeline candidates. Canopy Growth might not get a big bump from changes to U.S. marijuana laws.