Please ensure Javascript is enabled for purposes of website accessibility
Log In Help Join The Motley Fool
Free Article Join Over 1 Million Premium Members And Get More In-Depth Stock Guidance and Research
By Howard Smith – Updated Oct 8, 2020 at 11:34AM

The company announced a big strategic move that helps investors focus on its growth business.

The company announced it will spin off its managed infrastructure services business into a separate new company. The spinoff, which will be tax-free to existing IBM shareholders, is expected to be completed by the end of 2021. IBM hasn't revealed the name of the new company yet. 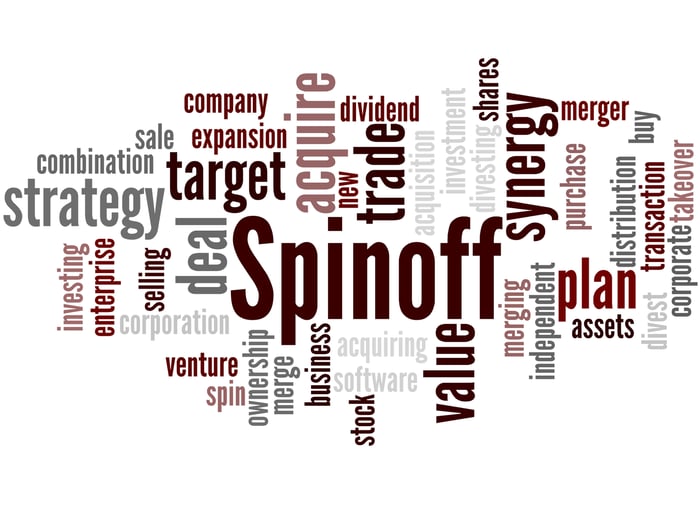 IBM says in its statement that the newly formed company will be the top provider of managed infrastructure services globally. But the portion of the business that remains is what has investors excited today.

What many investors had come to see as a legacy tech company made a splash by acquiring Linux vendor Red Hat in 2019. The $33 billion acquisition brought a lot of debt, but also gave IBM a new direction in the cloud computing market. With the spinoff announced today, the company is turning its hybrid cloud business into a single business focus.

Investors are cheering the move, which allows the company to focus on what it says is a $1 trillion market opportunity. The potential growth is in contrast to slowing software sales and its cyclical mainframe server business.

In describing the thought process behind the separation, CEO Arvind Krishna said in the release, "Client buying needs for application and infrastructure services are diverging, while adoption of our hybrid cloud platform is accelerating."

By focusing on its open hybrid cloud and artificial intelligence solutions, the company says it will have more than half its revenue in "high-value cloud software and solutions," much of which comes as recurring revenue.