While the food distributor and retailer's business has been strong throughout the COVID-19 pandemic, news of a commercial agreement to issue a warrant for common stock to Amazon (AMZN -0.97%) has generated excitement today.

In an SEC filing, the company disclosed that under the agreement with Amazon, SpartanNash has issued a warrant to purchase up to 5.4 million shares in the company. The warrant has been issued specifically to Amazon.com NV Investment Holdings LLC, a subsidiary of Amazon. 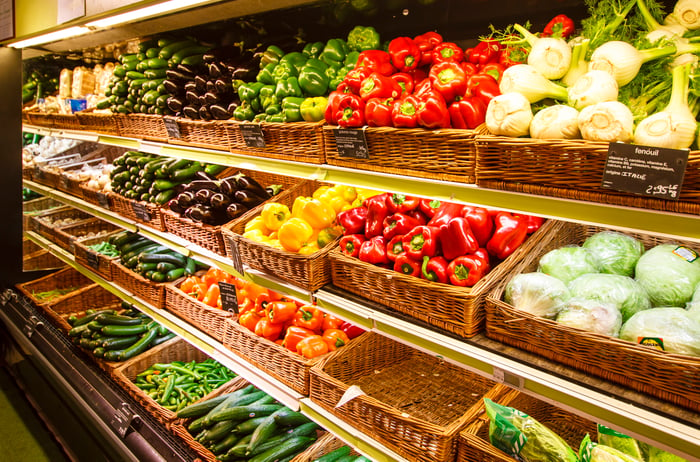 Shares closed at about $17 per share yesterday, but jumped past the warrant price immediately today. The company currently has about 36 million shares outstanding. If Amazon purchases all 5.4 million shares it is entitled to, it will become the company's second largest shareholder, having only slightly fewer shares than investment management company BlackRock.

Like most consumer staples businesses, SpartanNash has seen growth throughout the pandemic as people stocked up on groceries and began a more extended habit of cooking at home. The company distributes to grocers, including 155 of its own retail stores, as well as U.S. military commissaries.

With Amazon's ownership of Whole Foods Market, and the steps it has taken toward new grocery initiatives, investors are betting that there is more to this agreement than just a stake in SpartanNash. Amazon may be looking to add to its grocery assets as well as bring a successful food distributor under its corporate umbrella.