The company's business appears to be recovering nicely from the COVID-19 pandemic.

Quest Diagnostics (DGX -0.91%) has taken investors on a roller-coaster ride so far in 2020. But the ride has been a fun one over the last couple of months as the diagnostics provider's share price has steadily moved higher.

Investors will likely continue to enjoy this ride after Quest announced its third-quarter results before the market opened on Thursday. Here are the highlights from the company's Q3 update. 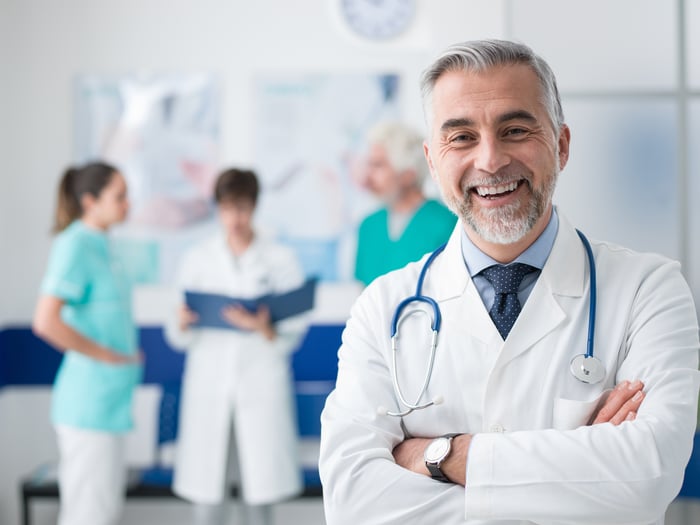 Quest reported revenue in the third quarter of $2.79 billion, up 42.5% year over year. This result topped the average analysts' estimate of $2.73 billion.

The company announced net income of $591 million, or $4.14 per share, based on generally accepted accounting principles (GAAP). This was a big improvement from Quest's GAAP earnings of $226 million, or $1.56 per share, posted in the prior-year period.

The COVID-19 pandemic hurt Quest's business earlier this year. The situation improved significantly in the third quarter, though.

Quest Diagnostics CEO Steve Rusckowski said that the company has "seen further signs of the healthcare system returning to pre-pandemic levels." He noted that Quest's base testing volume excluding COVID-19 testing recovered to some extent in Q3. However, he added that "organic volumes in our base business were down mid-to-high single digits compared to last year."

The company also directly benefited from the COVID-19 pandemic in the third quarter. Rusckowski said, "Quest has performed over 22 million COVID-19 molecular and serology tests to date, more than any other provider. We also developed and introduced several new innovations that are contributing to enabling the country's return to work, the classroom, and the athletic field."

Quest also announced a surprise. The company received federal financial assistance earlier this year made possible through the CARES Act coronavirus relief legislation. Quest is returning these funds because it no longer needs the money. Rusckowski stated that giving the money back to the U.S. government "is the right thing to do."

The ongoing COVID-19 pandemic remains the biggest threat for the healthcare stock. However, as a result of its solid Q3 performance, Quest raised its full-year 2020 guidance.

Quest also has an intriguing pilot program underway that investors will probably want to watch. Last month, Quest and Walmart announced they were teaming up to test drone delivery of COVID-19 test kits. This test will initially be conducted in the Las Vegas area but could expand to other locations if it's successful.