The app is expanding beyond peer-to-peer payments to become an all-in-one personal finance hub.

Square's (SQ 0.52%) Cash App has been on a tear recently. Invented as a competitor to PayPal's (PYPL 2.16%) Venmo, it lets users instantly send money directly to people or businesses without using physical cash. The app has been growing quickly, but in the face of stiff competition, what keeps people from defecting to one of the Cash App's rivals? Three key features seem to help the Cash App hold on to its users. 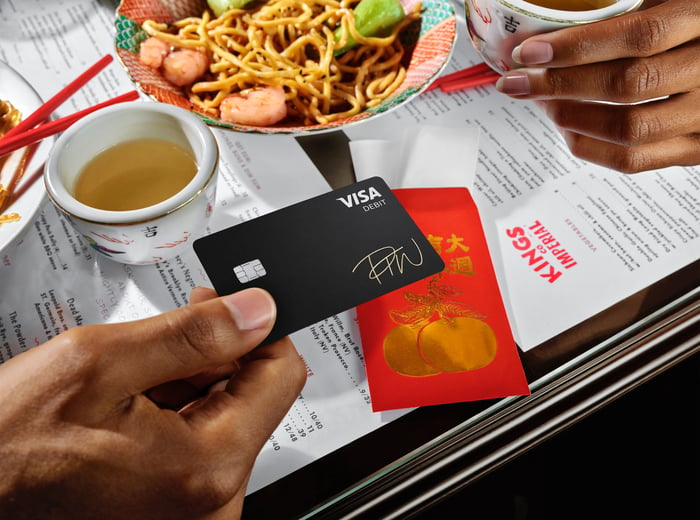 The Cash Card is a Visa (V -0.08%) debit card users can get for free. It acts just like a regular card, except that instead of being connected to a bank, it is connected to a Cash App account. Cash Card users can spend money anywhere Visa is accepted, which is almost any merchant nowadays.

The big differentiator for the Cash Card, and why over 7 million people use it each month, is the boost function. Boosts are credit card-like cash-back incentives that instantly pay someone if they use the Cash Card at partner locations. For example, DoorDash users get 10% off any order paid for with the Cash Card. 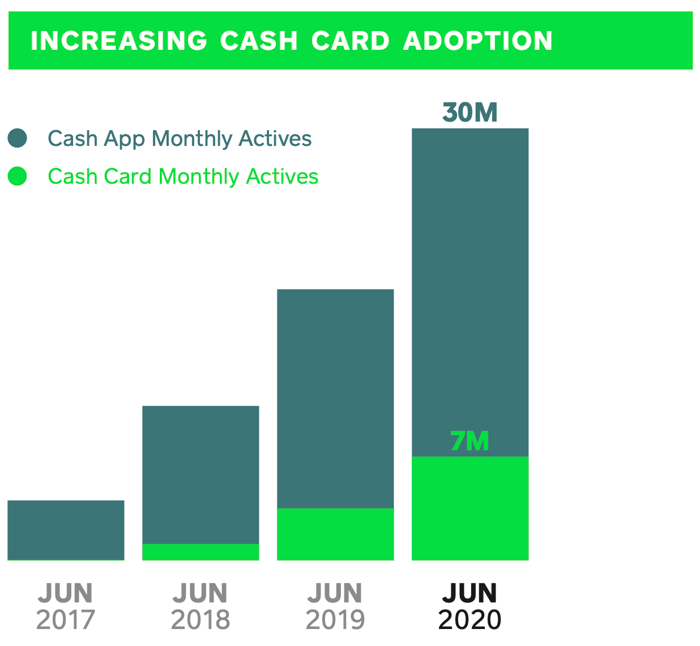 Square makes money on the Cash Card by taking 2.75% of every purchase from merchants. This is no different than a traditional debit card, but it's important for investors to understand how Square has started to monetize its users.

Cash App users can buy bitcoin and invest in fractional shares of blue-chip stocks with idle money in their accounts. This isn't a game-changer, and the company won't be competing with big-name brokerages for deposits anytime soon, but it is a great way to attract new users and increase activity. If the $875 million in bitcoin-related revenue the app generated last quarter is any indication, users love the feature.

Square said in its latest earnings report that Cash App users who were active on two or more products (including bitcoin, investing, the Cash Card, and direct deposit) generated three times as much revenue as someone who only used peer-to-peer payments. This means that while the bitcoin and investing features may not directly generate cash for Square (at least right now), they can indirectly lead to a higher ARPU number. It also makes the product stickier by giving users more reasons to rely on it for their personal finance needs.

Square does not currently have the approval to run an FDIC-insured bank for individuals. To bypass this, it partnered with privately held Sutton Bank to provide routing and account numbers, so that people can get direct deposits to their Cash App accounts.

This puts the app closer to par with traditional banks. Anyone who uses the Cash App can spend (Cash Card), send (P2P payments), grow (bitcoin and investing), and receive (direct deposit) their money, all in one place. It has an advantage over other P2P apps and traditional banks because it is the first app to combine every personal finance need in one place, reducing friction and adding convenience for users.

The only advantage a traditional bank has over the Cash App is its ability to pay out interest on deposits. If Square applies and gets approval to provide FDIC-insured banking to Cash App users (don't expect this to happen anytime soon), it will be able to pay interest and compete on an equal playing field with any legacy offering.

Even though Square has been killing it with the Cash App, the competition is still formidable. Venmo has 52 million users and PayPal (PYPL 2.16%), its parent company, just announced it will be letting its 346 million users buy, spend, and hold cryptocurrencies. Apple's Apple Pay has become popular, and the big banks are investing heavily in smartphone apps as well.

However, with its ability to innovate and provide a better value proposition to its users, the Cash App has been able to grow users at a 60% rate vs. Venmo at 50%. The app currently has 30 million monthly active users (MAUs) and has more than doubled its average revenue per user (ARPU) since 2017. Last quarter, it generated $281 million in gross profit (revenue-the cost of goods sold), up 167% from Q2 2019.

If it continues to grow this number at triple-digit or high double-digit levels for the next few years, the app could add a lot of value to Square's business. Remember, past performance does not guarantee the Cash App will continue to grow at this blistering pace. But if Square continues to innovate with the product, it could end up being quite the boon for shareholders.

Which Fintech Is the Better Buy: Visa or Block (Square)?
397%