Investors had some heady expectations about Boston Beer's (NYSE:SAM) third quarter earnings report. The company's dominant presence in the retailing niche has helped it avoid the sales declines that hurt larger rivals like Anheuser Busch Inbev through the early months of the pandemic. Boston Beer's strengths also include runaway product hits from the Truly and Twisted Tea alcoholic beverage franchises.

The report showed that it is still growing much faster than the broader industry, even if that expansion is set to pressure profitability for a second straight year. 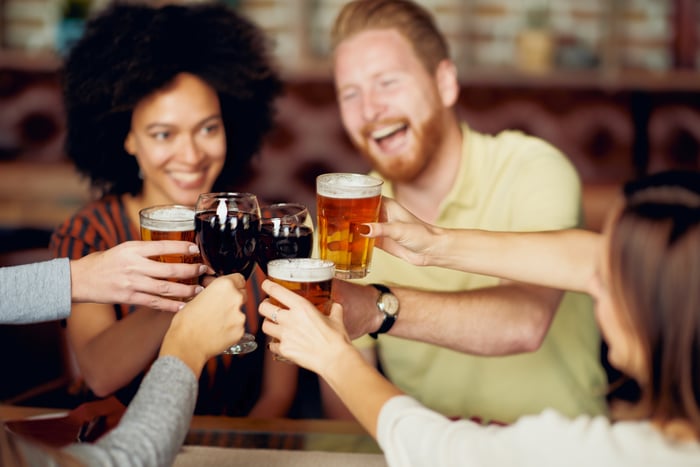 Boston Beer's sales result helps explain why the stock has more than doubled this year while InBev's has slumped and Constellation Brands' (NYSE:STZ) is down slightly. Depletions, a measure of consumer sales, jumped 36% to keep it right on track with previous trends. For context, Constellation Brands, which has a few popular products in the imported beer and hard seltzer niches, reported a 5% increase in the most recent quarter.

Boston Beer's main growth drivers again came from the Truly and Twisted Tea brands, which each grabbed more market share despite new competitive launches in their categories. Those gains more than offset declines in several of the company's other brands such as Angry Orchard and Dogfish Head. "We expect the Truly brand to continue to lead the growth of the business into 2021," CEO Dave Burwick said in a press release.

Investors didn't see any letup of the cost pressures that have been holding back gross profitability, though. Boston Beer continued to lean on outside brewers to get around production bottlenecks that are being driven by surging demand for its products and COVID-19 related declines in brewery capacity. In fact, gross profit margin dropped to 48.8% of sales from 49.6%. 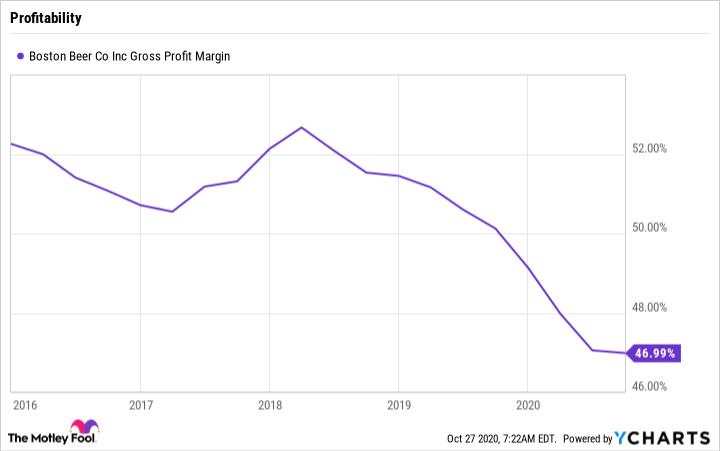 Management also spent more on advertising and promotions, which they believe is the right strategy to support continued market share gains while competitors flood the hard seltzer niche. Still, operating income expanded, landing at $102 million, or 19% of sales compared to $60 million, or 15% of sales a year earlier. Net profits rose over 80% to $81 million.

Burwick and his team see no reason to think growth will slow down in late 2020. They raised their outlook and now predict depletions will land between 37% and 42%, up from the prior range of between 27% and 35%. Gross profit margin is still expected to decline, but by a smaller amount than they predicted back in July.

Looking further out, Boston Beer is hoping to press its industry advantage with releases like the Truly iced tea and a higher proof version of the seltzer called Truly Extra. Executives are planning to spend aggressively to support these launches in early 2021, but investors have seen plenty of evidence that this spending is laying the groundwork for rising market share and higher earnings over the long term.