Despite market turbulence, there were some signs of life among individual stocks Wednesday.

Just when it looked like the stock market might escape October without one of its historical downturns, the last week of the month has proven to be a scary one. After having shown cracks earlier in the week, major market benchmarks finally capitulated with substantial losses on Wednesday morning.

It wasn't that long ago that many investors had given up on General Electric (GE 0.37%). But even though the conglomerate was kicked out of the Dow, GE was one of the only bright spots in the market Wednesday morning. In addition, Community Health Systems (CYH -2.91%) and Tupperware Brands (TUP -6.60%) had noteworthy gains tied to earnings reports.

Nothing's better than being in the green

To be clear, there were a lot of ugly numbers from GE. Revenue dropped 17% from year-ago levels, with organic sales from the key industrial segment falling 12%. Order flow was even more problematic, plunging 31% on a 28% drop in organic order volume. 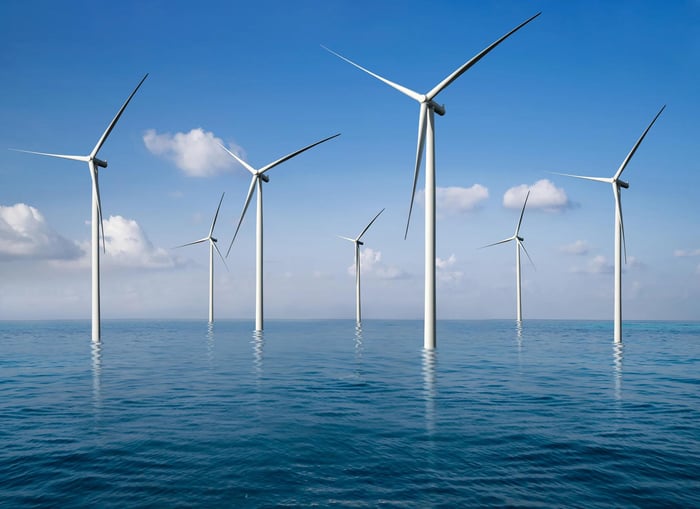 However, the big news was that GE had positive earnings after adjusting for impairment and mark-to-market charges. A profit of $0.06 per share was enough to make investors ecstatic about the company's stock.

CEO Larry Culp admitted that General Electric still faces a tough environment in the industry. Yet between debt-reduction efforts, stronger execution, a new aviation-leasing program, and new innovations across the company, GE is trying to position itself to take advantage of a recovery in the broader economy as soon as it comes.

For now, it's enough that GE appears to have arrested its descent. To hold onto today's stock-price gains, though, the company will have to keep making progress.

There were some other beneficiaries of strong earnings reports on Wednesday. Community Health Systems and Tupperware International were two of the biggest.

Community Health saw its stock jump 25% after the hospital company reported third-quarter results. Operating revenue inched lower on a significant drop in the number of patient admissions. However, net income reversed a year-ago loss, as the company executed well on a number of strategic efforts designed to mitigate the negative impact of the COVID-19 crisis. Investors also seemed to react favorably to news that Wayne Smith will give up his CEO seat to focus on leading Community Health's board of directors, making way for Tim Hingtgen as of the beginning of 2021.

Tupperware did even better, with its stock climbing 39%. The storage-container specialist posted a 14% rise in revenue, compared to year-earlier figures, marking a return to year-over-year sales growth. Adjusted earnings more than tripled from the third quarter of 2019.

The company is pleased with the turnaround efforts it has gone through lately, including moves to find the right size for optimal business efficiency. Results were especially strong in North America, offsetting weakness in the Asia-Pacific region and pointing to the potential for a healthy holiday shopping season for Tupperware.

Stock market drops are hard to endure, but there are usually bright spots in the market if you look for them. Even as benchmarks fall, strong fundamentals will support rising stock prices over the long haul.

These 2 Recovery Plays Helped the Stock Market Bounce Back
413%