Shares of Penumbra ( PEN 4.58% ) were popping on Thursday, with the stock up 10.6% as of 12:15 p.m. EDT. The medical device maker announced better-than-expected third-quarter results after the market closed on Wednesday.

Penumbra reported Q3 revenue of $151.1 million, up 8.3% year over year. This result topped the average analysts' estimate of $149.4 million. 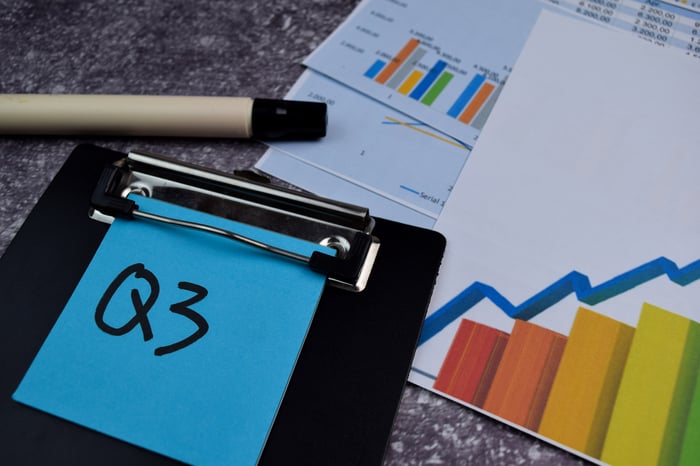 The company posted a net loss in the third quarter of $8.8 million, or $0.24 per share, based on generally accepted accounting principles (GAAP). This loss was a steep drop from Penumbra's earnings of $0.32 per share in the prior-year period. However, the main culprit behind this loss was a one-time cost of $20.6 million related to the company's launch of its Lightning aspiration catheter. Without this expense, Penumbra would have been profitable in Q3.

Investors shouldn't make too much out of one quarterly update. However, Penumbra does appear to be on track to deliver stronger growth in the future.

The biggest wild card for the healthcare stock over the near term is the COVID-19 pandemic. Penumbra noted that it has "continued to see some positive trends in certain areas of our business beginning in May." However, the company also anticipates that the pandemic could cause some disruption with its revenue.

This Medical Device Company Just Got a Big Boost