The culprit behind these declines was the surprising outcome (or, at least, anticipated outcome) of the U.S. elections. Polls leading up to Election Day indicated that Democrats had a very good chance of regaining control of the Senate. At this point, that scenario doesn't seem likely (although some votes remain to be counted). With the GOP in control of the Senate, the possibility of changes to federal laws related to cannabis will almost certainly be much lower than they'd be with Democrats in the majority. 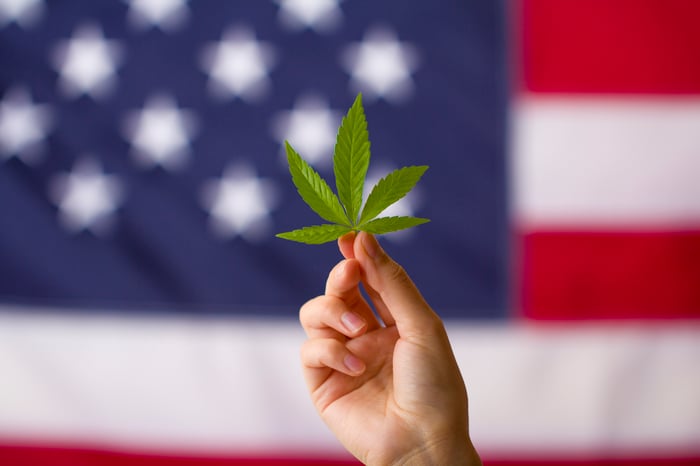 Technically, any of these companies (including Aphria and OrganiGram) could enter the U.S. marijuana market right now. However, they'd have to forfeit their listings on major U.S. stock exchanges. No company can list its shares on the major U.S. exchanges and be in violation of federal laws. Currently, of course, marijuana remains illegal at the federal level in the U.S.

It's probably fair to say that the management teams of all of the top Canadian cannabis producers were rooting for the Democrats to gain control of the Senate and for Joe Biden to win the presidential race. That could have set the stage for medical marijuana legalization throughout the U.S. and for changes to federal laws that would recognize the rights of individual states to enforce their own recreational pot laws. This would have in turn enabled Aurora, Canopy, and the other leading Canadian cannabis producers to expand into the U.S. market without jeopardizing their stock listings on the major U.S. exchanges.

Democrats appear to have picked up additional Senate seats in Arizona and Colorado but lost one seat in Alabama. They need to net three pickups if Biden wins (the vice president casts any tie votes in the Senate) or four seats if President Donald Trump is reelected. It could be a few days or even more before the final outcome is known.