The move was followed by another share price surge after the company reported its third-quarter earnings in early November. The stock has increased 30% since the start of September. Why? 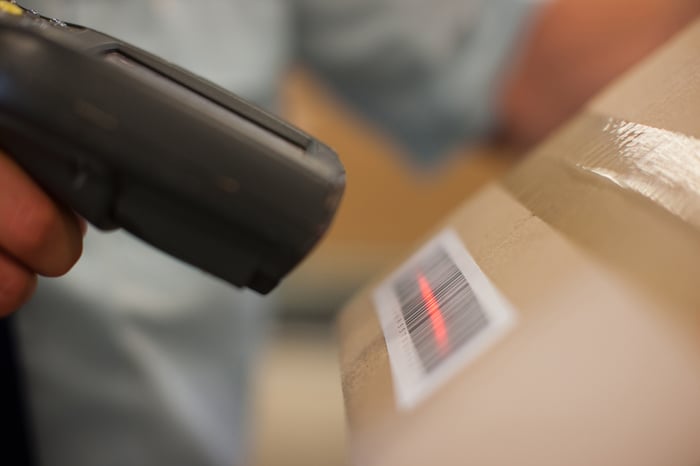 There are probably three interrelated factors that caused the dramatic price rise. First, the sell-off in September was overdone amid fears that Zebra would suffer if retailers pushed out orders.

Second, the third-quarter earnings blew away management's prior guidance with net sales coming in with a year-over-year increase of 0.2% compared to guidance for a decline of 3% to 7%.

Third, Zebra's main competitor, industrial stock Honeywell International, reported mid-single-digit growth in its in its productivity solutions businesses, "which was driven by strong demand for scanning and mobility products," according to management on the earnings call.

It all points to a business that is executing well in an unusual environment. In one way the pandemic has hit its customers hard, notably its small customers and clothing retailers. In another, the pandemic has led to a heightened interest in automating and digitizing work. As such, Zebra and Honeywell's data capture solutions are receiving a boost, and not least in areas such as e-commerce and healthcare.

Zebra's management has guided toward a 3% to 7% net sales increase in the fourth quarter. Zebra also said in its earnings release, "The company has substantially completed its initiative to diversify the sourcing of its U.S. volumes out of China," so investors should expect some margin expansion in the future.