What a year it's been for Invitae (NYSE:NVTA). Its shares have skyrocketed well over 180% year to date thanks mainly to its big acquisition of leading genomics analysis company ArcherDX.

Invitae announced its third-quarter results after the market closed on Thursday. Did the medical genetics company give investors more reasons to cheer? Here are the highlights from the company's Q3 update. 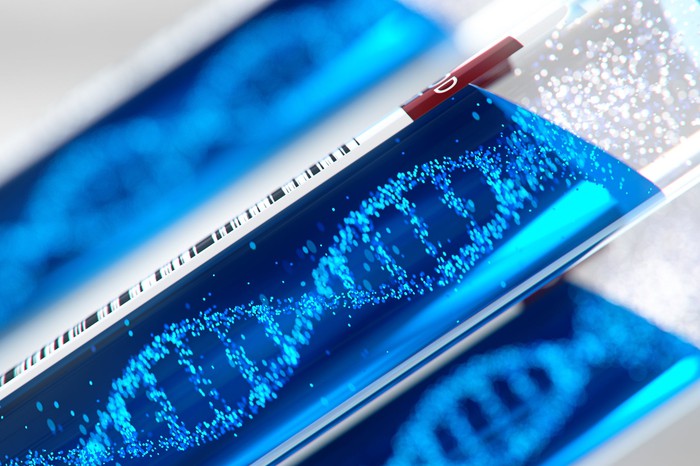 Invitae reported revenue in the third quarter of $68.7 million, up 22% year over year. This result easily topped the Wall Street consensus estimate of $59.7 million.

The company announced a net loss in Q3 of $102.9 million, or $0.78 per share, based on generally accepted accounting principles (GAAP). This reflected significant deterioration from Invitae's GAAP net loss of $78.7 million, or $0.82 per share, in the prior-year period.

Invitae's earnings were negatively impacted to some extent by higher sample costs, though. The average cost per sample in Q3 was $274, up from $249 in the same period in 2019.

The biggest story for Invitae in the third quarter, though, was its deal to buy ArcherDX. The transaction closed on Oct. 5.

Invitae signed 32 partnership deals with biopharmaceutical companies in the third quarter that could generate growth going forward. One of the most important of these deals was Invitae's partnership with Pfizer to offer BRCA genetic testing for breast cancer in several countries. This partnership is a good fit, as Pfizer's Ibrance leads its class in treating metastatic breast cancer. Pfizer reported $1.4 billion in sales for Ibrance in its recent Q3 results.

The integration of ArcherDX will be the main thing to watch with the healthcare stock in the coming months. The ongoing COVID-19 pandemic could also impact the company's results in future quarters.