An announcement from Amazon has investors in pharmaceutical stocks spooked.

Shares of prescription drug digital platform GoodRx Holdings (GDRX 6.61%) plunged more than 20% at the market open today, before settling down 14% as of 10:25 a.m. EST. The drop comes after shares also dipped last week when the company reported its first quarterly earnings report as a public company.

But today's drop is more about the future of its business model than on a company-specific metric.

Amazon (AMZN 3.04%) said this morning that it is rolling out Amazon Pharmacy, which will allow customers in the United States to order prescription medications for home delivery. 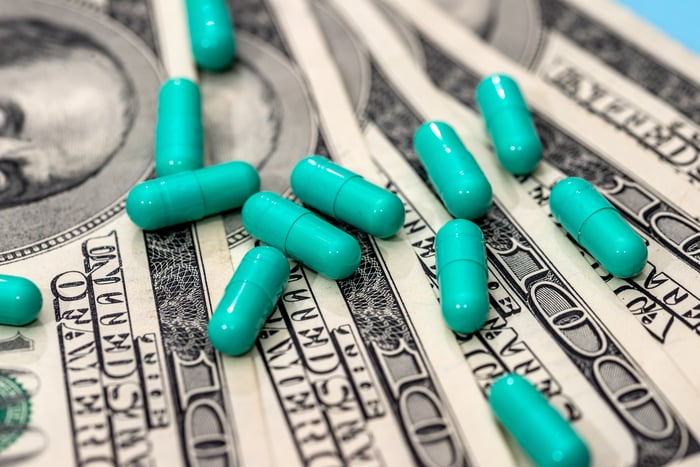 The news is hitting many pharmaceutical stocks today as investors consider how much Amazon's huge reach could disrupt the consumer side of the prescription drug business. In the new program, Amazon Prime members will receive discounts when paying without insurance, and will get free two-day delivery.

The discounts for Prime members will also apply if customers who don't pay with insurance want to pick up medications in person at more than 50,000 brick-and-mortar pharmacies, including competing companies.

This could cut to the heart of the GoodRx business model. GoodRx is a digital healthcare platform that offers users free discounts or coupons for purchasing prescription medications.

GoodRx wants to simplify the drug buying process and make pricing more transparent. The company makes money by taking either a percentage of the fees earned by a pharmacy benefits manager (PBM) for reducing prescription drug costs or a fixed payment per prescription transaction.

But Amazon's entry, along with its large base of Prime members, may take a significant portion of GoodRx customers. With GoodRx shares richly priced at about 29 times estimated fiscal year 2020 sales, investors aren't waiting to see the impacts of Amazon's announcement.