On the back of speculation that his company is seeking to sell its autonomous vehicle unit, Uber Technologies (NYSE:UBER) CEO Dara Khosrowshahi said that the rideshare giant is open to collaboration with others in the same field.

During the RBC Capital Markets conference on Wednesday, while answering a question about a potential sale of the business unit, Khosrowshahi said, "Our view is that we will partner with other autonomous providers over a period of time." He did not identify any potential collaborators, nor provide more-specific timing.

He added, "We're going to be pursuing all paths forward here." 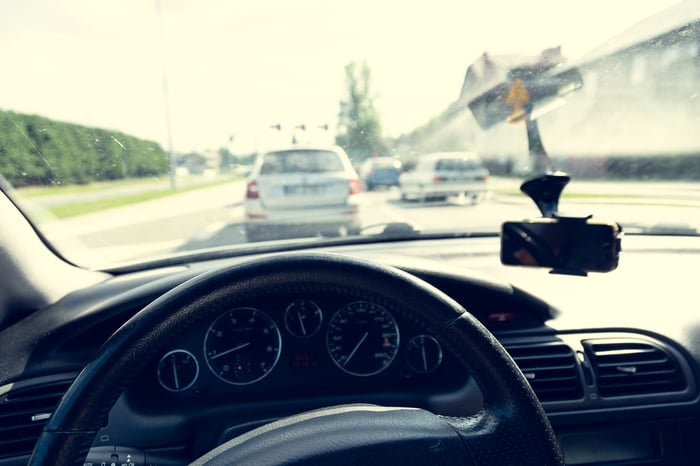 Uber's self-driving division, a significant cost center since the world is still many years from full autonomy, is known as the Advanced Technologies Group (ATG).

A report last week on the tech news website TechCrunch, citing "three sources familiar with the deal," said that the company was in discussions regarding a sale of ATG to an autonomous-vehicle start-up, Aurora Innovation.

The article cited an Uber regulatory filing that showed ATG had a net loss of $303 million in the first nine months of this year. Yet the unit has considerable funding behind it, with $1 billion in recent investment from third parties like industry peer Toyota and tech-oriented conglomerate SoftBank Group.

Khosrowshahi did not comment directly on speculation of an ATG divestment during his appearance (Aurora Innovation has also not responded on this). At one point in his remarks, Khosrowshahi said that 100% autonomous vehicles will not appear on roads until at least a decade into the future.