That statement isn't the type of hyperbole that regularly flows out of the mouths of top executives of publicly traded companies. It's an accurate description of NVIDIA's recent financial performance, which featured Q3 year-over-year sales and adjusted earnings per share jumping 57% and 63%, respectively.

Moreover, the technology powerhouse has recently launched or announced a slew of entirely new innovative products that should keep its financial performance firing on all cylinders into the foreseeable future. This, in turn, should keep powering its stock, which has gained 123% in 2020 through Nov. 20. Below are three new products investors should know about. 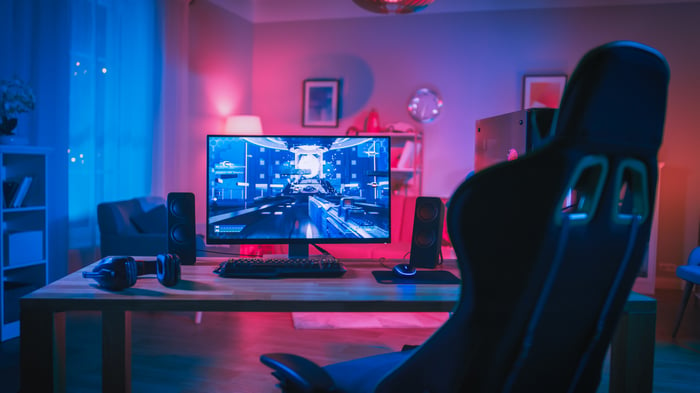 As its name suggests, NVIDIA Reflex is a suite of new technologies for computer gamers that helps them improve their reaction times. Esports professionals should love it. But one doesn't have to be a pro or even a hardcore gamer to appreciate tools that will take one's gaming skills to a higher level.

NVIDIA Reflex, which launched in September, flexes some big muscles. It reduces system latency by up to 58%, CFO Colette Kress said on the fiscal Q3 earnings call. (Lowering latency reduces lag time between a gamer's move and the screen's response.) She added that it's being integrated into popular esports games, such as Apex Legends, Call of Duty: Warzone, Fortnite, and Valorant.

Reflex should drive more gamers to upgrade their GPUs, as NVIDIA's higher-end GeForce gaming cards provide a greater reduction in latency than do its mid-priced ones.

NVIDIA Broadcast: Can "turn any room into a broadcast studio"

Kress described this app, launched in September, as a "universal plugin for video conferencing and live streaming applications that enhances the quality of microphones, speakers, and webcams." It uses NVIDIA's artificial intelligence (AI) capabilities to remove background noise, generate virtual backgrounds, and track the user's head movements to keep them in the center of the frame.

In short, NVIDIA Broadcast enables remote workers and live streamers to "turn any room into a broadcast studio," as Kress put it. This is a timely product, given that the world is still mired in the COVID-19 pandemic, which many experts project won't substantially subside until the middle or end of next year. 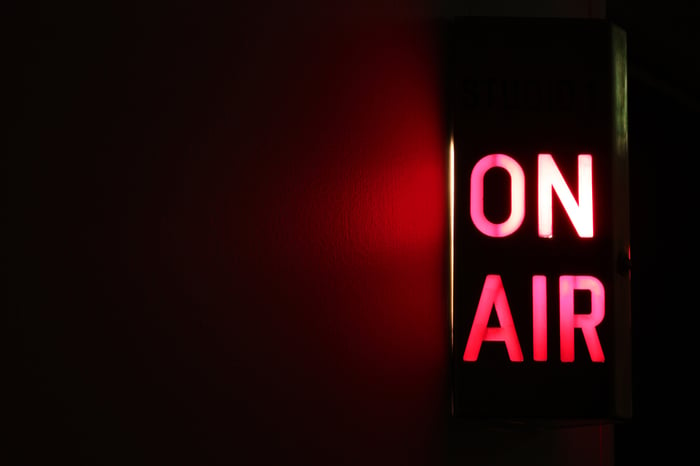 Moreover, the app promises to be useful even after the pandemic ends. The shift toward working remotely began before the start of the global crisis, which simply accelerated the phenomenon. Many top companies have announced an indefinite extension of the work-from-home policies they implemented during the pandemic.

NVIDIA Broadcast is supported on the company's GeForce RTX, TITAN RTX, and Quadro RTX GPUs. So this is another product that should entice many individuals and companies to upgrade their GPUs.

Omniverse: An enterprise platform that melds the virtual and physical worlds

Omniverse entered the open beta-testing stage in the fiscal third quarter. The commercial rollout of this innovative platform for enterprises that melds the real and virtual worlds promises to be exciting, as Kress described the initial market response as "phenomenal." That's a word that's music to any investor's ears.

This platform enables designers, developers, and other creators to collaborate in real time whether they're on the premises or working remotely. It "brings together NVIDIA breakthroughs in graphics, simulation, and AI," according to Kress, and will "help enterprises address evolving requirements as workforces become increasingly distributed."

Like NVIDIA Broadcast, Omniverse is a timely product, given the pandemic-driven rise in the number of people working remotely. Early adopters include big names such as Ericsson, BMW, and Walt Disney's Lucasfilm, the studio behind the Star Wars franchise.