NetEase's (NASDAQ:NTES) stock popped last week after the Chinese tech company posted its third-quarter earnings. Some investors might be reluctant to chase that rally, especially given that the stock has risen nearly 50% this year, but I think it's still a great buy, for three simple reasons.

NetEase's revenue rose 27% year-over-year to 18.66 billion yuan ($2.75 billion) during the quarter, which met analysts' expectations and marked an acceleration from its previous quarters:\.

NetEase generated 74% of its revenue from online games during the third quarter. The unit's revenue rose 20% year-over-year, as Invincible, Onmyoji, and Sky locked in mobile gamers in China and its flagship Fantasy Westward Journey games generated stable revenue from PC gamers.

It also continued to expand its overseas presence with Knives Out, LifeAfter, and Identity V in Japan. Looking ahead, its pipeline of upcoming games includes Harry Potter: Magic Awakened, The Lord of the Rings: Rise to War, Diablo Immortal, and Pokemon Quest -- all of which could further expand its reach beyond China. 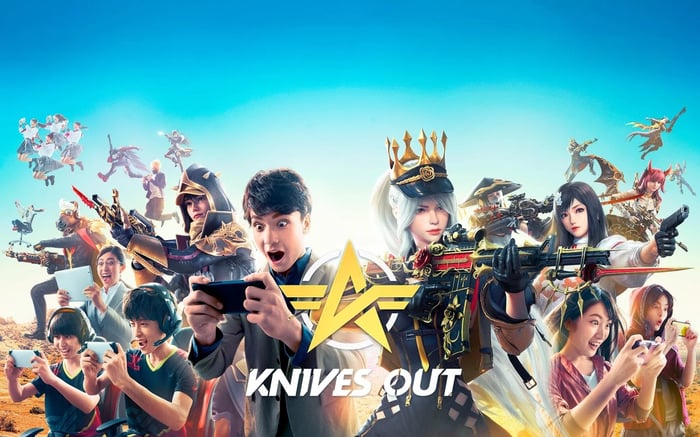 The remaining 5% of NetEase's revenue came from Youdao, the online education platform that has flourished throughout the COVID-19 crisis. That momentum continued in the third quarter, as its revenue surged 159% year-over-year on rising K-12 enrollments and robust sales of intelligent learning devices like digital reading pens and translators.

NetEase's adjusted earnings per American depositary share fell 26% to $0.80 during the quarter. That beat expectations by $0.34, but still marked a sudden deceleration from double-digit growth in previous quarters.

NetEase faced a difficult comparison to its 74% earnings growth in the prior-year quarter, when it benefited from the sale of its cross-border e-commerce marketplace Kaola to Alibaba (NYSE: BABA) for $2 billion.

Its operating margin also declined year-over-year and sequentially as it ramped up its investments in NetEase Cloud Music and Youdao while testing out lower-margin "casual" games:

But during the conference call, NetEase CFO Charles Yang noted that although its operating expenses rose 55% year-over-year in the third quarter, it expects those investments to "gross billions" in future quarters.

If we cut through the near-term noise, NetEase's gross margin dipped only slightly from the previous quarter and prior year, with year-over-year gains in two of its three businesses:

Those stable gross margins indicate NetEase's earnings should rebound after it cools off its aggressive investments, which will hopefully capitalize on the post-pandemic growth of the online education, gaming, and streaming music sectors, while widening its moat against top rival Tencent (OTC: TCEHY).

3. A low valuation in a pricey market

Tencent is generating stronger growth, with analysts expecting its revenue and earnings to grow 36% and 46%, respectively, next year. But its business is also more complex than NetEase's, and it's arguably more exposed to China's newly drafted antitrust rules.

NetEase might not initially seem as impressive as higher-growth tech companies like Tencent and Alibaba. But its core businesses are still strong, it has plenty of room to expand across the gaming, online education, and streaming music markets, and its stock is cheap relative to its long-term growth potential.