Shares of Honeywell International (NYSE:HON) surged 23.6% in the month of November, according to data provided by S&P Global Market Intelligence. After a muted performance in October, the stock started to gain momentum after Honeywell released its third-quarter numbers on Oct. 30.

Honeywell's third-quarter organic sales dipped 14% year over year, but there were several green shoots. First, Honeywell's numbers improved sequentially, reflecting a slow yet visible recovery in end markets that were hit hard by the COVID-19 lockdowns.

Second, Honeywell used the COVID-19 crisis to shift focus to and ramp up production of timely products like personal protective equipment (PPE) kits. The move paid off, as evidenced by the 8% growth in Q3 sales from its safety and productivity solutions segment. All three of Honeywell's other segments -- aerospace, building technologies, and performance materials and technologies -- reported sales declines. 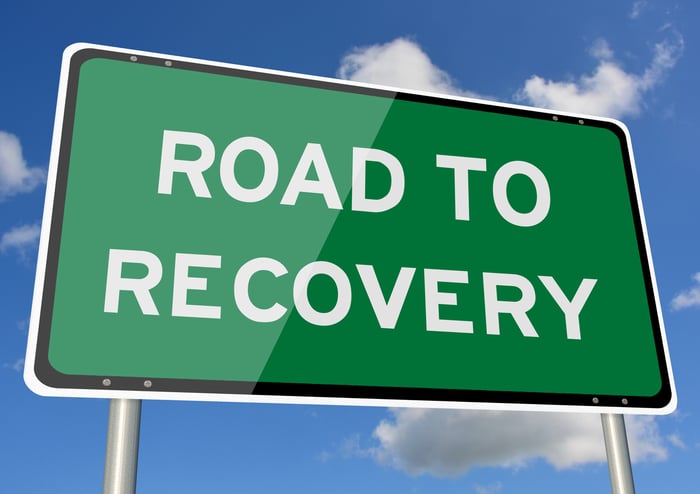 More importantly, Honeywell resumed share repurchases during the quarter and increased its dividend for the 11th straight year. These moves in particular reflect management's renewed optimism about the company's prospects. Finally, Honeywell reinstated its outlook for the full year.

Not surprisingly, the market cheered these developments and saw them as a sign to buy Honeywell shares.

Honeywell might still report a double-digit drop in full-year sales, but management's efforts to focus on timely products, cut costs, boost liquidity, and reward shareholders with a dividend hike at a time when several companies slashed dividends sat well with the market. With the company's diversified portfolio reflecting the American economy to a great extent, investor interest in Honeywell stock will likely remain strong.