Retractable Technologies (NYSEMKT:RVP) specializes in syringes that retract the needle automatically after a person receives an injection. At the beginning of the year, this healthcare company was a boring micro-cap valued at $49 million. Now the company enjoys a $340 million valuation.

What's driving the stock so high?

Operation Warp Speed (OWS) is funding a lot of innovation in its fight against COVID-19. The government has already spent billions to find a vaccine for this disease. And almost all of these vaccine candidates require that people get a shot. That's where Retractable comes in. 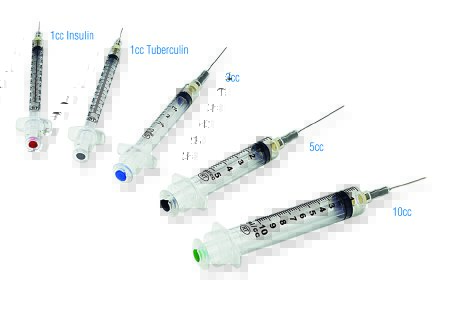 The company specializes in safe needles that minimize the risk to healthcare workers when they use needles. Retractable estimates that over 320,000 needlestick injuries happen every year in the United States alone. At least 20 bloodborne pathogens can be transmitted by needlestick injuries. For instance, doctors can contract HIV if they suffer a needlestick injury while treating a patient with that disease.

Retractable has been a micro-cap for a long time. Since the company went public in 2001, early investors have been underwater for a couple of decades. 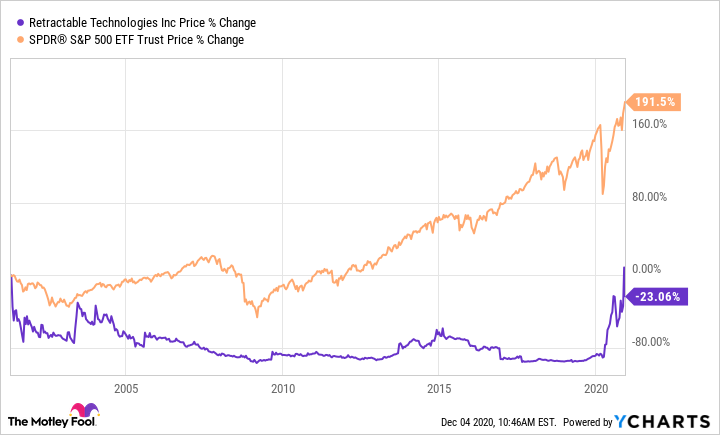 The company's fortunes shifted dramatically earlier this year. Back in July, the federal government awarded the company a $53 million contract for hypodermic safety needles. That's why Retractable is now seeing revenue growth of 132% and profit margins of 23%.

Should investors buy after this fantastic run-up?

While the company's innovative needles are a clear improvement over the status quo, Retractable has long had difficulty in winning market share. Huge players like Becton Dickinson (NYSE:BDX) continue to dominate. A one-time purchase from the federal government does not mean the business dynamics have improved. Investors ought to stay on the sidelines for now.