Please ensure Javascript is enabled for purposes of website accessibility
Free Article Join Over 1 Million Premium Members And Get More In-Depth Stock Guidance and Research
By Adam Levine-Weinberg - Dec 9, 2020 at 9:37AM

After three years of hard work, the industrial conglomerate is almost done fixing its balance sheet.

Three years ago, General Electric's ( GE -2.58% ) balance sheet was in tatters. Meanwhile, net income and cash flow were plummeting due to a combination of weak market conditions and bad management. In short, the storied industrial conglomerate was facing financial ruin.

However, since the beginning of 2018, GE has acted aggressively to fix its balance sheet, mainly by selling assets. These efforts have paid off handsomely. Despite the negative impact of the COVID-19 pandemic, General Electric is poised to exit 2020 with a very strong balance sheet.

At the end of 2017, General Electric's core industrial business had $81.6 billion in debt, offset by just $19.4 billion of cash and investments. Including its GE Capital finance business, the company had gross borrowings of $134.6 billion. GE also sported a massive $28.7 billion pension deficit. Adding to its woes, the company took a multibillion-dollar charge at the end of 2017 to increase its insurance reserves. It ended the year with $38.1 billion of insurance and related liabilities on its books. GE has improved its financial position significantly since then. It netted $13 billion between 2018 and 2019 from selling parts of its industrial businesses. GE Capital generated nearly $6 billion of proceeds from asset sales over the same period. In March 2020, GE closed its biggest disposition of all, selling its biopharma unit to Danaher for net cash proceeds of approximately $20 billion.

As a result, General Electric's core industrial business had just $44.2 billion of debt at the end of the last quarter. Moreover, it had $29.5 billion of cash and investments. The company's pension funding status won't be officially remeasured until year-end, but as of a year ago, the pension deficit had narrowed to $22.9 billion. On a consolidated basis, GE is also in much better shape than it was a few years back, with gross borrowings of $79.5 billion.

For most of 2020, GE has been holding more cash than usual due to the uncertainty associated with the COVID-19 pandemic. As of Sept. 30, it had $39.2 billion of cash and equivalents, including cash held at GE Capital. On Tuesday, it announced steps to deploy some of its excess cash.

First, the company has contributed an additional $2.5 billion to its pension plans. While GE had previously planned to make up to $5 billion of pension contributions this year, strong asset performance has reduced its required funding levels. (Indeed, stock and bond returns have both been quite strong in 2020.) The $2.5 billion will cover GE's required contributions for 2021, 2022, and part of 2023. 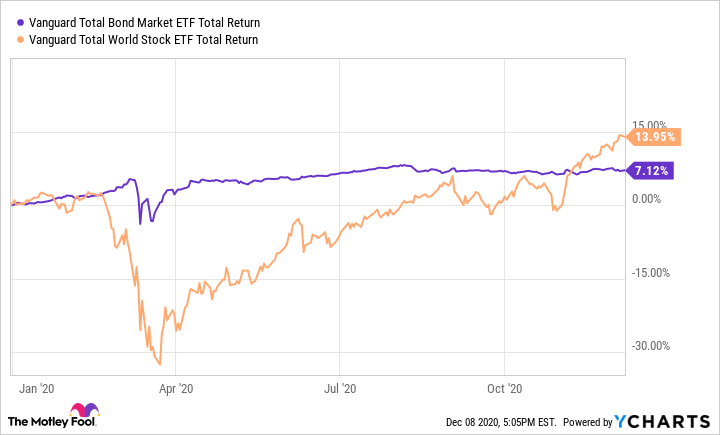 Even after deploying $4 billion for pension contributions and intercompany loan repayments, GE will finish 2020 with a lot of excess cash. CEO Larry Culp confirmed on Tuesday that the company still expects to generate at least $2.5 billion of industrial free cash flow this quarter. It also received $417 million in October from selling about 28 million shares of Baker Hughes as part of a three-year plan to exit the investment in its former subsidiary.

As the vaccine rolls out during 2021, GE's financial performance is likely to improve, particularly the high-margin GE Aviation service business. This may encourage management to deploy more of GE's excess cash to repay debt or shore up its pension plans. Additionally, Baker Hughes stock has rallied more than 70% so far this quarter. That has boosted the value of GE's remaining stake to roughly $7.8 billion. Selling those shares will bring in additional cash that can be used for GE's deleveraging efforts.

In short, while GE isn't quite finished fixing its balance sheet, it has made tremendous progress over the past three years. Once the pandemic ends and GE sells the remainder of its Baker Hughes shares, the company will be back to having a rock-solid balance sheet. That will allow it to adopt a more balanced capital allocation plan that includes using its rising cash flow to start growing its dividend again.