The stock has now more than doubled since the start of the month.

The run in the stock comes as Blink has announced several agreements to grow its EV charger network. The company announced a new deal yesterday with electric-truck and bus maker Lion Electric. 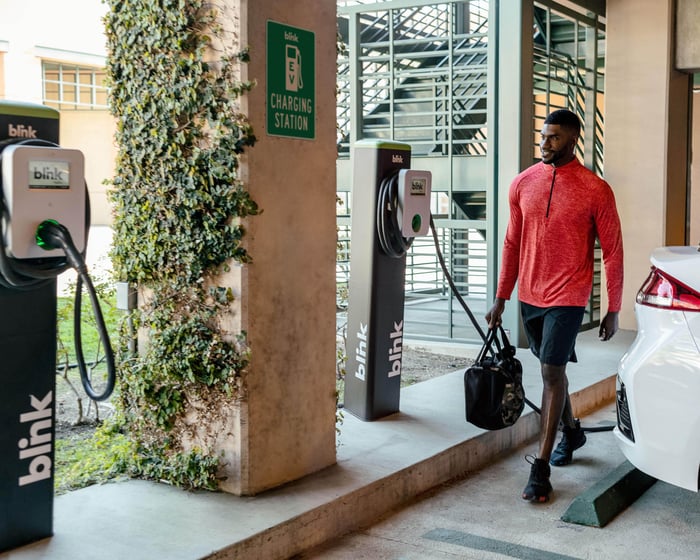 The agreement with Lion will have the EV maker "offer Blink's full line of charging stations to the school systems and bus fleets that utilize the company's all-electric school buses."

It makes sense to focus on expanding its charging network to healthcare system complexes and school bus fleets, considering that more office workers will likely work from home even after the pandemic. Office complexes might be less densely packed going forward. But hospitals, medical offices, and school bus operators likely won't be affected by remote work trends.

That's good news for investors. But Blink has a long way to go to grow into its current valuation. The stock currently trades at a price-to-sales ratio of almost 300. That either means that massive growth is coming for the company, or that shares will come back down to earth at some point. Timing the moves in a highflier like Blink is impossible, so shareholders need to be in for the long haul, and expect a highly volatile ride.