Please ensure Javascript is enabled for purposes of website accessibility
Log In Help Join The Motley Fool
Free Article Join Over 1 Million Premium Members And Get More In-Depth Stock Guidance and Research
By Courtney Carlsen - Jan 28, 2021 at 11:19AM

Political tensions combined with a cooling down of the IPO market in China could prove to be headwinds for this high-growth stock.

Futu Holdings (FUTU -1.15%) has been on a remarkable run since late December, with its stock price up 350% from the end of December to its high on Monday morning, far outperforming the financial sector and the broader market.

The fintech company has shown very strong growth in its most recent quarterly earnings reports. Given the incredible strength of the stock and the growth in income and assets, Futu seems like a clear buy -- but investors have reason to be cautious about this growth stock.

Futu provides online brokerage and wealth management services to clients to trade in stocks, warrants, options, and exchange-traded funds (ETFs) in Hong Kong and China. The company has benefited from an IPO boom in the country, a boost to Chinese stocks in general -- which have moved dramatically higher in recent months. 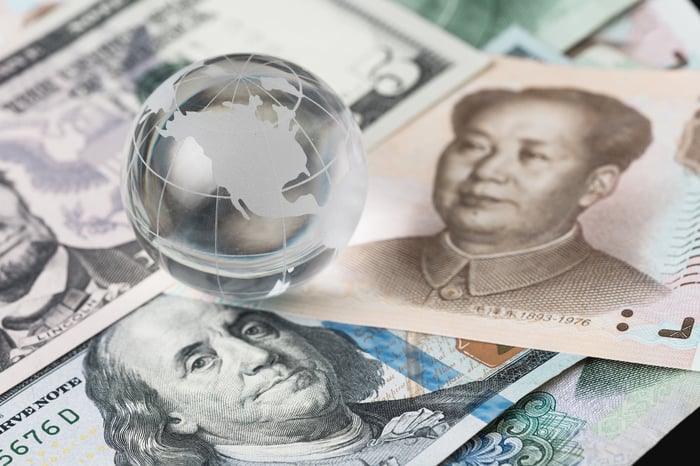 Futu showed incredible growth in 2020. In the most recent earnings announcement (for the third quarter), company management said paying clients increased by 115,000, totaling 418,000 for a growth rate of 137% compared to last year. This, coupled with a broader bull market, caused client assets to increase over 178% year over year.

Big increases to its client base boosted earnings, as the broker saw revenue grow 272% year over year, to $122.1 million (all dollar figures in this story are USD equivalents), and boosted net income to $51.8 million, up 1,800%. The broker also established partnerships with several big banks, including Morgan Stanley, Invesco, and BNP Paribas.

The coincidence: Lifted by an IPO boom in China

Futu was helped by a boom in blockbuster IPOs which saw a record 35 Chinese firms go public, selling $13.5 billion in shares in the U.S. via American depository receipts (ADR) deals. According to Dealogic, this is the most money raised by ADRs since 2014, and many of these deals were led by Futu and another Chinese broker, Tiger Brokers (TIGR -3.05%). These firms reaped the benefits of relationships they built with some of China's hottest firms at an early stage.

With incredible numbers like this, it's clear why the stock has performed so well. But there is much uncertainty investors will have to deal with when it comes to investing in Chinese stocks in general.

While Futu saw a boom in both assets and income, there's lots of uncertainty hanging over its head -- along with other Chinese companies listed on U.S. exchanges. As political tensions between the U.S. and China grow, the pipeline of these offerings in the U.S. could be threatened.

In early January, an executive order signed by former President Donald Trump went into effect that bars investments in companies linked to the Chinese military. As a result, trading was suspended by the NYSE in certain state-run telecom companies, including Xiaomi, China Mobile, China Telecom, and China Unicom.

It's not just the former President's executive orders that investors need to worry about. Last year Congress passed a law that could potentially kick Chinese companies off American exchanges on Jan. 1, 2022, if they do not comply with U.S. auditing requirements. China is not keen on the idea of allowing the U.S. access to its audit records, as it says such reviews are a threat to its national security.

According to Andrew Collier, managing director of Hong Kong-based Oriental Capital Research, "There is a belief the Biden administration may take a softer touch toward regulatory issues that is prompting companies to still go ahead and sell shares in the world's biggest capital market." However, these companies are moving forward cautiously, as they wait to see how the Biden administration proceeds with the handling of these regulatory issues.

Regulations are not the only threat for Futu. Many of the big-name firms in China had listed in 2020, leaving fewer blockbuster deals, according to Alice Liu, assistant portfolio manager at Zheshang Fund Management Co. in Shanghai. Without as many blockbuster deals, Futu could find it difficult to sustain the high growth rate seen in 2020.

Best to stay away for now

While Futu has shown tremendous growth, current investors may find now a good time to take profits on the company. An uncertain political environment combined with fewer big-name firms going public in China make Futu a high-risk stock that investors should probably avoid until the regulatory situation becomes more clear.

Why Futu Fell 26% This Week