Please ensure Javascript is enabled for purposes of website accessibility
Log In Help Join The Motley Fool
Free Article Join Over 1 Million Premium Members And Get More In-Depth Stock Guidance and Research
By Keith Speights - Jan 30, 2021 at 6:05AM

The robotic surgical systems stock is expensive. But there's a bigger picture to consider.

No. If you want a quick answer to the question of whether it's too late to buy Intuitive Surgical (ISRG 1.16%) stock, that's it. Quite simply (and succinctly), buying shares of the robotic surgical systems pioneer is still a smart move for investors.

However, it's important to understand why that's the case. After all, Intuitive Surgical stock trades at a jaw-dropping 56 times expected earnings and over 20 times trailing-12-month sales. That's a nosebleed valuation. Don't let Intuitive's premium price tag get in your way, though. Here are three reasons why it's absolutely not too late to buy this great healthcare stock. 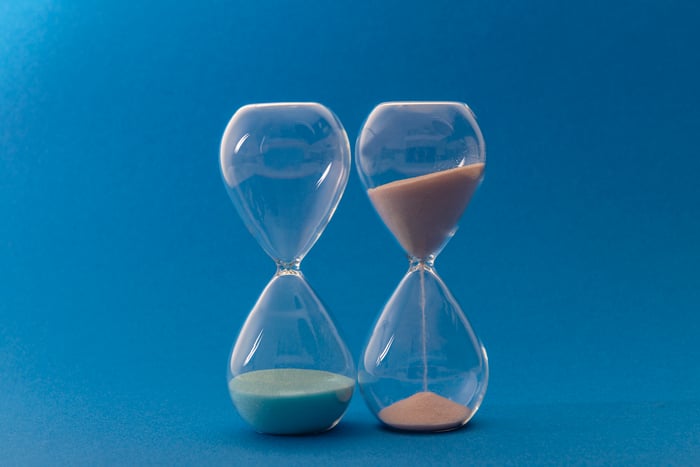 Intuitive Surgical's da Vinci robotic surgical system has been used in more than 8.5 million procedures since it first launched around two decades ago. Over 1.2 million of those procedures were performed last year. That's an impressive number.

But here's another number to consider: 6 million. That's roughly how many procedures are performed annually where Intuitive already has regulatory clearances. The company refers to this as its "line of sight." It's the market that Intuitive is aggressively targeting right now.

Intuitive Surgical doesn't have to capture all of the "line-of-sight" market to have a tremendous growth opportunity. Keep in mind, too, that this market should continue to grow as populations age across the world and drive higher demand for surgical procedures.

Can the company successfully win a lot more of this untapped market? I think so. Intuitive's install base grew by 7% even with hospitals facing serious headwinds from the COVID-19 pandemic. Although many non-urgent surgical procedures were delayed due to the pandemic, we will likely see the result of that pent-up demand once worries about coronavirus outbreaks subside.

2. An even bigger soft tissue opportunity

Intuitive estimates that around 20 million soft tissue procedures are performed each year. This reflects an additional 14 million procedures for which the company's current systems don't yet have regulatory clearances.

Some of these procedures could be targeted by Intuitive's ION system. The company won U.S. Food and Drug Administration (FDA) clearance for the surgical robot in 2019 to perform minimally invasive lung biopsies. So far, Intuitive's ION install base totals only 36 systems. However, the company ran into some supply chain issues last year which limited growth. Over the long run, look for ION to become a more important growth driver for Intuitive.

Intuitive Surgical CFO Marshall Mohr stated in the company's fourth-quarter conference call last week that Intuitive plans to continue investing in research and development. He said that investment is important "because we see that there's a real opportunity to continue to expand our marketplace and to expand penetration in the long term." That's a clear sign that Intuitive is serious about going after the 14 million soft tissue procedures for which it doesn't currently have regulatory clearances.

Intuitive Surgical ended 2020 with a whopping $6.9 billion in cash, cash equivalents, and investments. That cash stockpile grew by more than $500 million during the fourth quarter. And it wasn't a great quarter for the company compared to its historical performance because of the impact of the COVID-19 pandemic. It's reasonable to expect Intuitive's cash position will improve more significantly going forward.

So what will Intuitive Surgical do with its continually growing mountain of cash? It will probably use some of it to buy back shares, which would help boost the stock price by reducing the number of outstanding shares. However, I think Intuitive will also use some of its money to expand into adjacent areas that pave the way for more long-term growth.

CEO Gary Guthart said in the Q4 call that Intuitive Surgical believes it's "still in the early innings of a long opportunity to substantially improve the quadruple aim in acute medical interventions using robotics, computing, advanced imaging, and informatics." Note that he referred to three areas in addition to robotic systems.

My hunch is that we'll see Intuitive make more acquisitions to boost its capabilities in these other areas. That doesn't necessarily mean that these areas will become distinct segments generating revenue (although it's possible that they could). Guthart stated that he thinks "analytics and informatics power the ecosystem as a whole." He added, "We're pretty agnostic as to how we get paid for that. If we get paid for that through increased utilization, wonderful."

Look for Intuitive Surgical to steadily expand beyond its core focus of robotics in ways that build its underlying ecosystem that's anchored by da Vinci and ION. With the huge market opportunities mentioned earlier for these robotic systems, plus the likelihood of expansion into other areas, it could be a very long time before it's truly too late to buy Intuitive Surgical stock.