IFF announced the completion of its previously announced merger with a unit of DuPont de Nemours.

Shares of International Flavors & Fragrances (IFF 0.12%) closed 16% higher Monday. The company announced it will complete a previously announced merger with the Nutrition & Biosciences (N&B) unit of chemical giant DuPont de Nemours (DD -1.49%). Shares of DuPont were down 8% at the same time.

The newly combined company will be a leader in the global markets for ingredients used in food and beverages, health and wellness, and personal care. Including the addition of the DuPont business, 2020 pro forma, or anticipated revenue, for the company to operate under the IFF name would have exceeded $11 billion. 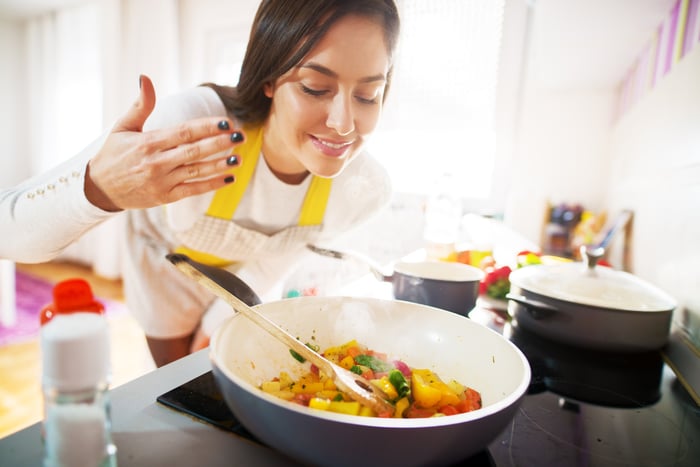 DuPont was paid $7.3 billion to merge the business unit into IFF, and DuPont shareholders own 55.4% of the combined company. IFF also announced the initiation of a new brand identity and tagline -- "Where science and creativity meet" -- for the combined businesses.

Last week, IFF released preliminary fourth-quarter and full-year 2020 results, saying it expects to beat its own expectations "despite continued challenges and complexity of the pandemic." Fourth-quarter sales increased 2% compared to the prior-year period, and full-year sales slightly exceeded $5 billion, the company said.

With the addition of the DuPont unit, IFF will be valued at a price-to-sales ratio of approximately 1.25, down from a value of about 3 prior to folding in the additional revenue, which explains the jump in IFF shares today.