Rumors are flying that the SPAC might have picked the tech company it want to take public.

SPACs go public with the specific intent of raising funds with which to acquire another company. Their share prices often spike upon rumors that a deal is about to happen.

Chatter has started to fly on social media that FirstMark might be planning to take Discord public. That company's gamer-centric communication platform allows people to communicate in private group chat rooms through video, voice calling, text messaging, and other means. Discord currently has more than 100 million monthly active users who set up 13.5 million chat rooms per week, and participate in 4 billion chat room conversation minutes daily. The company was recently valued at $7 billion. 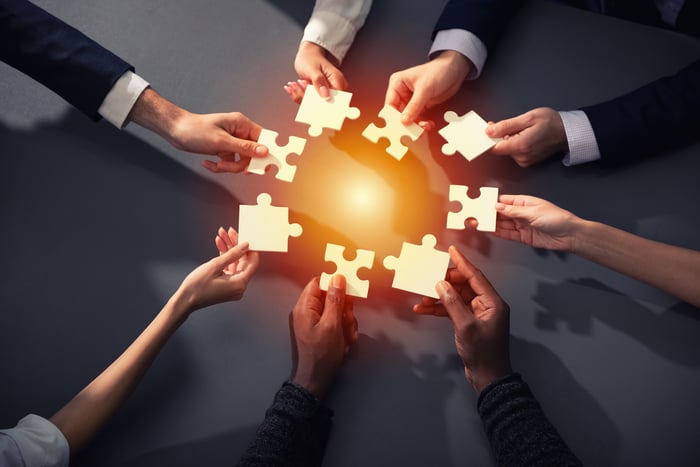 FirstMark is composed of a team of veteran tech investors who have experience guiding start-ups from their early stages to their initial public offerings. The team has made more than $2 billion in capital commitments and backed companies such as Shopify, Draftkings, and Airbnb. FirstMark raised about $360 million in its own October IPO.

Investors clearly like the idea of FirstMark taking Discord public, but right now, the rumors appear to be purely speculative. Nothing has been confirmed. Shares of the SPAC will likely remain volatile until an acquisition is announced, or until the gossip about a Discord deal is officially debunked.