The cannabis company is garnering more attention from traders and investors alike.

Cannabis stocks entered the week with momentum after Virginia passed bills on Friday that could pave the way for marijuana to be legalized in the state. The trend toward legalization remains a key potential growth driver for companies like Sundial, which have taken steps to expand into the potentially massive U.S. cannabis market.

Following its recent stock offerings, Sundial has built up roughly $615 million in cash reserves. Management has suggested that it could allocate some of this cash toward acquisitions, as a means to accelerate Sundial's move into the lucrative U.S. market. 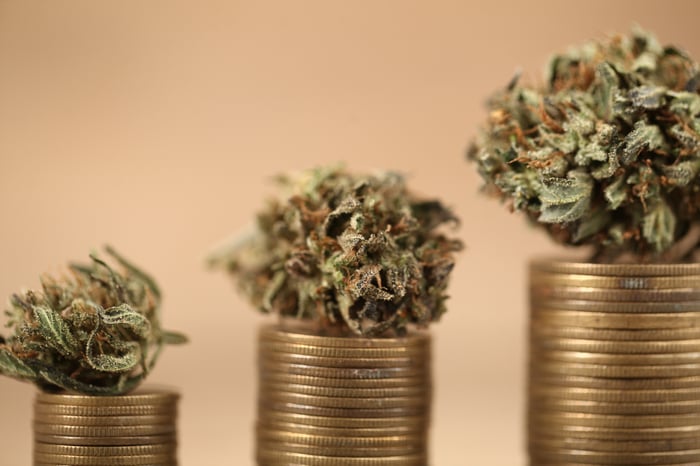 Investors are probably betting that a strong showing from a cannabis industry leader like Canopy bodes well for other marijuana companies.

Like several other low-priced stocks, Sundial has caught the attention of traders on social media sites like Reddit. But unlike many of the stocks that these traders have piled into in recent weeks, Sundial's business prospects are moving in the right direction.

The weed producer has paid off its debt, thereby strengthening its balance sheet and reducing the risks for investors. Sundial has also taken steps to cut its operating costs as it works toward achieving profitability. If it can continue to make progress in this regard, more gains could lie ahead for Sundial's shareholders.