The biotech is expanding its collaboration with a big partner.

Shares of Vir Biotechnology (VIR 9.16%) were 12.6% higher as of 12:47 p.m. EST on Wednesday. The big gain came after Vir and GlaxoSmithKline (GSK -0.81%) announced that they're expanding their collaboration to include the development of therapies targeting influenza and other respiratory viruses. Last year, Vir and GlaxoSmithKline teamed up to develop therapies targeting coronaviruses, including the one that causes COVID-19.

Expanding a major deal with a big drugmaker is usually a guaranteed way to light a fire beneath a small biotech stock like Vir. It helps even more when that deal includes additional skin in the game from the big drugmaker. In this case, GlaxoSmithKline is upping its stake in Vir by $120 million. The company is also giving Vir an up-front payment of $225 million. 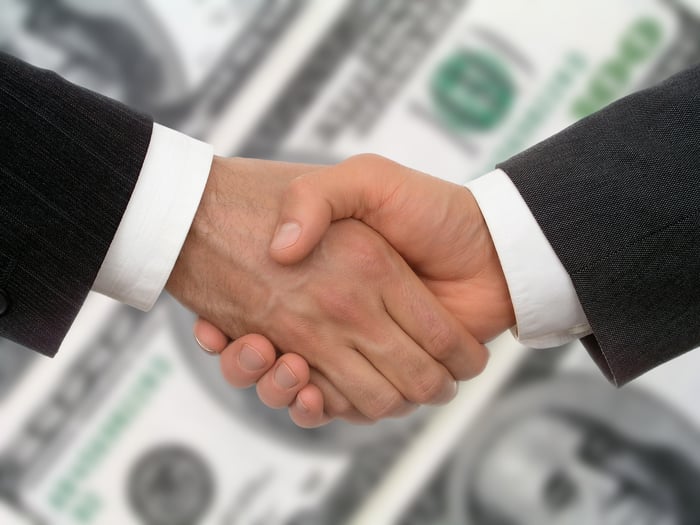 This expanded collaboration is a big vote of confidence in Vir's technology. GlaxoSmithKline is especially interested in VIR-2482, an experimental antibody therapy that completed an early-stage study as a prophylactic for influenza A.

Glaxo and Vir will also work together on a couple of other programs. One is an expansion of the companies' efforts to develop therapies that can treat coronaviruses to include other respiratory viruses. The other program focuses on antibody therapies targeting non-influenza pathogens.

All eyes will now be on the ongoing phase 2 study of VIR-2482. If all goes well, GlaxoSmithKline could choose to exercise its option to co-develop the antibody therapy. Vir stands to receive another $300 million option fee if that happens.