Why these two stocks are strong buys.

Revenue growth is a vital part of any company's success. Over the long term, leadership teams usually need to deliver more and more demand in order to realize a rising stock price.

Here, we will dive into two young, high-growth companies and why both are in the very early innings of their expansion. 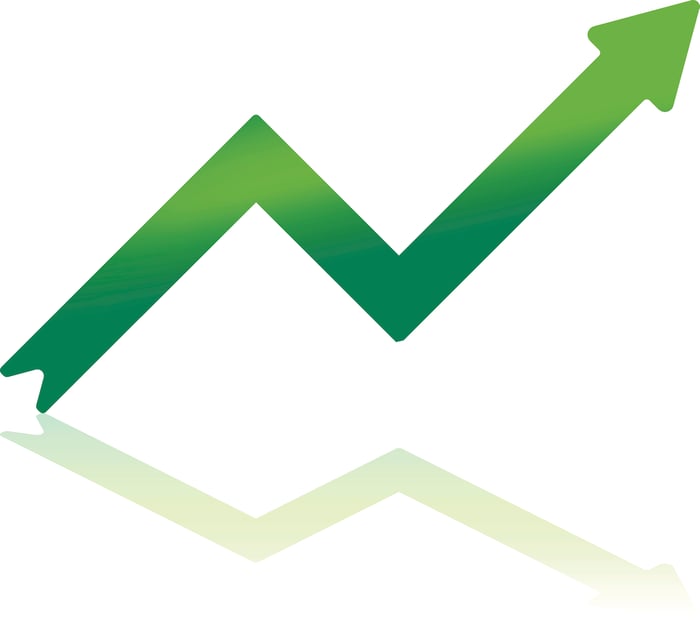 CuriosityStream is a star

CuriosityStream (CURI -0.93%) is a relatively new entrant onto the streaming landscape. It aims to offer purely educational entertainment for "enchanting and inspiring humanity's enduring curiosity."

The focus on educational content comes with a plethora of competitive edges the company is looking to leverage. First, educational content's production costs are a small fraction of the cost for scripted equivalents. Because CuriosityStream is so young, and its pockets are not nearly as deep as incumbents like Netflix, this is important. Affordable production grants the company the ability to actually build out a large content library on a budget.

The focus also makes the company ideal for certain partnerships. It has and will continue to pursue universities and libraries as streaming partners. The absence of non-educational programming makes CuriosityStream a uniquely ideal fit thanks to other factual competition like Discovery pivoting away from educational content to reality content to try and capture new interest. CuriosityStream's strong advisory board -- consisting of Georgetown University's president and several other esteemed academics -- is an encouraging sign that this pursuit will be successful.

While this is all nice, the company will still need to continue executing -- and it is.

In CuriosityStream's first and most recent quarter as a public company, its revenue soared 83% to $8.7 million and its total paying subscribers more than doubled to 13 million. The company does lean on some large bundling deals to boost total subscribers, but this is impressive regardless. It's also quickly approaching profitability. CuriosityStream's profit margin improved to negative 77% from negative 208%, with its gross margin expanding from 59% to 61% -- both year over year.

Leadership is expecting to turn profitable by 2022 with revenue growth of 80% in  2021 and 91% in 2022. At that time it is anticipating $136 million in sales and $15 million in net income. Based on its Enterprise Value of $1.01 billion, hitting those targets while showcasing that kind of rapid growth would likely lead to meaningful shareholder profits.

Time will tell if it can do so, but so far so good.

Progyny (PGNY -3.24%) is a fertility benefits manager dedicated to healthier and safer pregnancies for its consumers. The company boasts giants like Microsoft, Uber Technologies, PayPal Holdings and many more large caps as clients with new contracts being signed every single quarter.

Fertility treatments are in high demand. One in 8 couples deal with infertility, making it one of the most prevalent medical conditions in society. The commonality of need translates into an industry growth rate of 10% through the year 2025 to reach a market size of $15 billion.

Encouragingly, the company exists in this growing field with a very compelling value proposition.

Using Progyny's fertility program, mothers enjoy meaningful improvements to pregnancy, miscarriage, and live birth rates while having healthier babies. Fewer average treatments per pregnancy with Progyny also makes it the more affordable option, as some treatments cost several thousand dollars. Evidence of the program's appeal can be found in its member net promotor score (NPS) of 78.

The stage is set for Progyny's dominance, and just like CuriosityStream, it's taking full advantage.

The company's net income turned positive year over year from negative $8.2 million to positive $5.35 million and its cash flow provided by operations spiked by a factor of over seven times to $29.6 million, representing an impressive cash flow provided by an operations margin of 30%. Progyny is rapidly growing demand and improving efficiency at the same time -- a great combination. With an enterprise value of $4.17 billion, this type of execution should be very encouraging to all investors.

Say yes to both

CuriosityStream and Progyny are delivering supreme revenue growth while also becoming more and more profitable in the process. Both operate in industries ripe for more expansion, and both are effectively vying for a piece of their respective opportunities. I own CuriosityStream and Progyny, and think you should seriously consider these two high-growth companies as investments as well.