Please ensure Javascript is enabled for purposes of website accessibility
Log In Help Join The Motley Fool
Free Article Join Over 1 Million Premium Members And Get More In-Depth Stock Guidance and Research
By Beth McKenna - Feb 25, 2021 at 9:37AM

Results on both the top and bottom lines beat Wall Street's consensus estimates, and fiscal first-quarter 2022 guidance for both revenue and adjusted earnings per share (EPS) also came in higher than analysts had been expecting.

Shares of the tech stock initially rose 3.1% in Wednesday's after-hours trading session, but reversed course soon before the earnings call started and fell throughout the call. Shares closed the session down 2.2%. The slightly negative reaction is probably attributable to a few management statements, including that the gaming business is still supply-constrained, along with no material news shared on the pending Arm acquisition.

That post-earnings release fall is a drop in the bucket, as NVIDIA stock has returned 113% over the one-year period through Wednesday's regular trading session. The S&P 500 has returned just under 24% over this period. 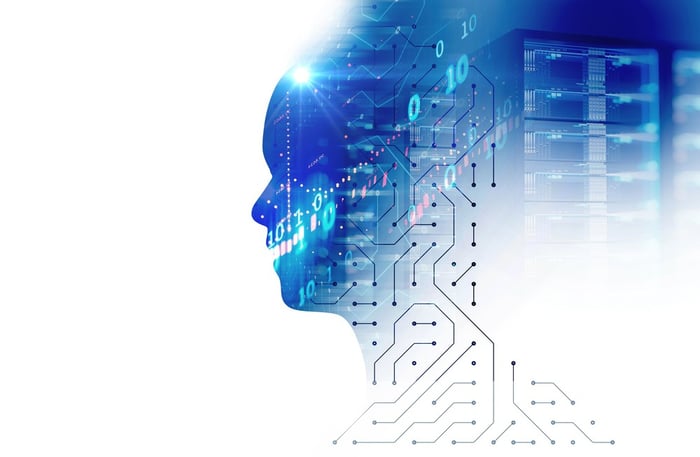 In the CFO commentary, Colette Kress outlined how the COVID-19 pandemic affected demand for products within each of the four target platforms:

Our gaming and data center market platforms have benefited from stronger demand as people continue to work, learn, and play from home. In professional visualization, mobile workstations continue to benefit from work-from-home trends, and desktop workstation demand has started to recover, although not back to pre-COVID levels. In automotive, COVID is no longer having a significant impact on demand.

Kress added that NVIDIA continues to have some supply chain issues, particularly in gaming, because "stronger demand globally has limited the availability of capacity and components."

Gaming had a blowout holiday quarter, driven by the ramp of the company's GeForce RTX 30 series based on its Ampere architecture. CEO Jensen Huang said in the earnings release that demand for these GPUs is "incredible."

The data center platform's year-over-year revenue growth was driven by the company's Mellanox acquisition and the ramp of the NVIDIA Ampere GPU architecture, according to Kress. She added that revenue was flat with the prior quarter because "double-digit growth in compute products was offset by the anticipated decline in Mellanox revenue." On the earnings call, Kress said the expected sequential decline was due to a one-time order from a Chinese company in the fiscal third quarter. Management continues to project solid growth from Mellanox.

On the earnings call, Kress said that NVIDIA's pending $40 billion deal to acquire leading central processing unit (CPU) chip designer Arm "is moving forward as expected. We are [...] confident that regulators will see the benefits to the entire tech ecosystem."

Some big tech players have expressed concerns that the combination of the two companies could hinder competition since Arm supplies technology to many of NVIDIA's competitors. On the call, Kress reaffirmed that NVIDIA intends "to maintain Arm's open licensing model, a commitment guaranteed both by long-term legally binding contracts as well as our own interest in ensuring this investment is a profitable one for us."

In September when the acquisition was announced, NVIDIA said it expected it to close in the calendar first quarter of 2022. It also projected that the transaction would be immediately accretive to the company's adjusted gross margin and adjusted EPS.

Going into the release, Wall Street had been modeling for fiscal Q1 adjusted EPS of $2.55 on revenue of $4.51 billion, so NVIDIA's outlook sped by both estimates.

Reiterating what I wrote last quarter, as the situation was quite similar and my opinion is the same:

NVIDIA had a fantastic quarter, and its future continues to look bright. Long-term investors should pay no heed to the market's slightly negative initial reaction during Wednesday's after-hours trading session. This action was probably largely driven by short-term momentum traders.