Please ensure Javascript is enabled for purposes of website accessibility
Log In Help Join The Motley Fool
Free Article Join Over 1 Million Premium Members And Get More In-Depth Stock Guidance and Research
By Keith Speights - Feb 28, 2021 at 6:04AM

It's growing fast and has a compelling business model.

Warren Buffett and cannabis stocks go together like orange juice and toothpaste. In other words, they don't.

There are plenty of reasons why that's the case. Buffett has never been a fan of "sin" stocks. Most pot stocks aren't profitable -- and the billionaire investor doesn't like companies that don't make money. The fact that cannabis remains illegal at the federal level in the U.S. is also likely a major impediment. 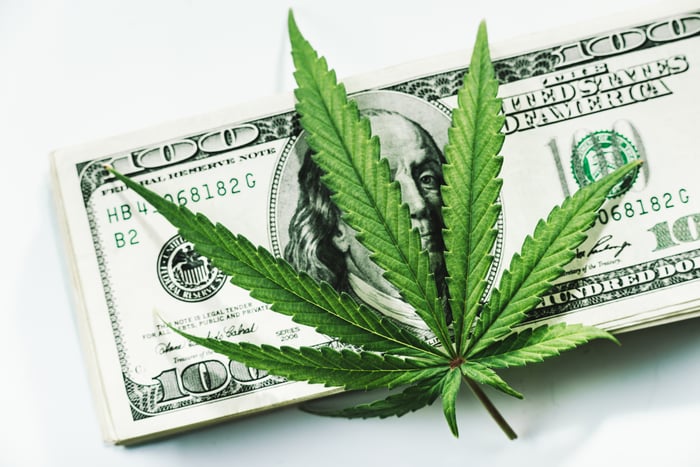 First of all, IIP addresses some of the potential objections the Oracle of Omaha would likely have to many cannabis stocks. It's highly profitable. Its business doesn't violate any federal laws, either.

IIP is a real estate investment trust (REIT) that focuses on the U.S. medical cannabis industry. Although its tenants aren't compliant with federal cannabis laws, IIP isn't involved in the sale or handling of cannabis at all. The company is able to list its shares on the New York Stock Exchange with no problem.

In the fourth quarter of 2020, IIP's revenue and earnings more than doubled year over year. Such robust growth is typical for the company. Its shares sank because the seemingly impressive numbers didn't meet analysts' expectations, but Buffett has never thought all that highly of what Wall Street analysts think anyway.

A quasi-bank for pot growers

Another business model that Buffett really likes is banking. Berkshire's holdings include several major bank stocks. IIP is nearly like a bank for cannabis producers.

That might seem like a strange statement to make. However, federal laws currently make it difficult for cannabis companies to access traditional financial services. As a result, these companies can't easily obtain business loans.

IIP offers a solution. It buys medical cannabis operators' properties and then leases the properties back to the operators. This helps the cannabis companies by giving them much-needed capital to invest in their businesses.

Of course, these sale-leaseback transactions also are great for IIP. The company gets a steady recurring revenue stream that goes on for years. The weighted-average remaining lease term of IIP's current properties is around 16.7 years. The returns the company receives from providing real estate capital trounce the interest that banks typically charge with their loans.

The kind of stock Warren Buffett prizes most of all is one that delivers strong total returns. IIP has definitely achieved this objective. Since going public in late 2016, the cannabis REIT has delivered a total return of more than 1,200%. Even the best-performing stocks in Berkshire's portfolio haven't been that successful.

IIP also has a clear path to continue its momentum. The company hasn't run into any problems finding medical cannabis producers, both large and small, that are interested in sale-leaseback deals. IIP currently operates in 17 states, but 35 states have legalized medical cannabis.

So is Innovative Industrial Properties a stock that Buffett might actually buy? Maybe, but probably not. There's a lot about it that the legendary investor would probably like. However, with his longtime business partner Charlie Munger recently dismissing special purpose acquisition companies (SPACs) and Bitcoin, the chances that Buffett would invest in any cannabis stock seem slim.

Other investors don't have to use the same criteria that Buffett uses. With the recent pullback after its Q4 earnings miss, Innovative Industrial Properties appears even more attractive than it has in a while.