Please ensure Javascript is enabled for purposes of website accessibility
Log In Help Join The Motley Fool
Free Article Join Over 1 Million Premium Members And Get More In-Depth Stock Guidance and Research
By Matthew Frankel, CFP® - Mar 9, 2021 at 6:17AM

These stocks aren't huge yet but could grow to many times their current size.

With the way the stock market has performed over the past year or so, especially when it comes to fast-growing companies, it has become far more difficult to find small-cap stocks worth investing in. Many of the most exciting stocks that were in small-cap territory before 2020 have now graduated into the ranks of mid-cap or even large-cap stocks.

However, there are still some very promising small caps you might want to consider. Here are three in particular that could deliver massive returns for patient long-term investors, and some of the reasons why they could have so much room to climb. 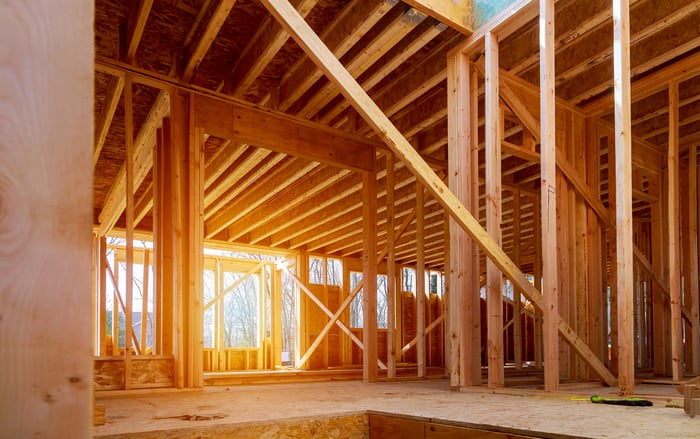 3 Small-cap stocks that could become many times larger

Is this the next Berkshire?

Boston Omaha Corporation is a holding company that owns a few subsidiary businesses in billboard advertising, insurance, and broadband services, as well as a collection of minority stakes and common stocks. In a nutshell, Boston Omaha is in the early stages of building a diverse conglomerate. It's even taking some modern approaches, such as recently launching a SPAC to try to take a private business public.

Because of its focus on cash-flowing businesses and willingness to acquire non-controlling stakes of companies, Boston Omaha is often compared to an early stage Berkshire Hathaway (BRK.A -2.26%)(BRK.B -2.53%). And the fact that one of Boston Omaha's co-CEOs happens to be Warren Buffett's grandnephew doesn't hurt.

To be perfectly clear, I don't expect Boston Omaha to become a half-trillion-dollar company like Berkshire anytime soon. It certainly could happen eventually, but this is a company that could multiply several times over and enter mid-cap territory in the next several years if things go well.

A unique real estate company with tons of potential

Seritage Growth Properties is a real estate investment trust, or REIT, that owns a portfolio of retail properties. But unlike most retail REITs, just a fraction of Seritage's portfolio is made up of income-generating properties. The majority of the real estate Seritage owns consists of buildings and land formerly owned and occupied by Sears.

The idea is that since many of these properties are in prime locations, Seritage will gradually redevelop them into top-notch mixed-use properties. There's quite a bit of execution risk here -- after all, large-scale redevelopment costs lots of money. But if Seritage is able to successfully reposition its nearly 30 million square feet of space into state-of-the-art mixed-use real estate, there's the potential to create billions in value for investors.

Dream Finders Homes went public just over a month ago, and while I'm generally bullish on homebuilding, given low mortgage rates and a lack of existing home inventory, Dream Finders is my favorite way to play the space right now.

For one thing, Dream Finders uses a capital-light business model that helps boost profitability. Many homebuilders purchase large tracts of land and hope to gradually sell homes to buyers, but Dream Finders only purchases land shortly before building a committed home. As a result, Dream Finders delivered a 34% return on equity in 2019 (the last full year for which we have data), compared to 13% for the average builder.

What's more, Dream Finders concentrates its efforts in high-growth markets, particularly in the Sun Belt region. Since 2010, over 70% of all U.S. migration was into states where Dream Finders builds homes. Top markets include Jacksonville, Orlando, Charlotte, Denver, and Austin, just to name a few.

All three of these stocks have the potential to multiply several times over, but it isn't going to happen quickly. These are all businesses designed to create shareholder value over time, and that's exactly what I think they'll do -- but it isn't going to be a completely smooth ride. For this reason, these stocks are best suited for investors who have at least a few years (and preferably a decade or more) to let these growth stories play out.