Please ensure Javascript is enabled for purposes of website accessibility
Log In Help Join The Motley Fool
Free Article Join Over 1 Million Premium Members And Get More In-Depth Stock Guidance and Research
By Brett Schafer - Mar 9, 2021 at 11:42AM

The software and gambling company is the backbone behind many popular online casinos.

Online gambling has been a trending industry over the last decade. Also known as iGaming, this global industry generated an estimated $45 billion in revenue in 2019 and that figure is projected to hit $77 billion by 2026, a 7.9% compound annual growth rate (CAGR). Surprisingly, one big reason for this expected growth (especially in the United States) is the rise of live casinos online.

How can investors get a piece of the fast-growing live casino trend? Enter Evolution Gaming Group (EVO 0.00%). The Swedish company is powering many of the live casinos popping up online around the world, and it is generating top-of-the-line profit margins with its unique, scalable business model. 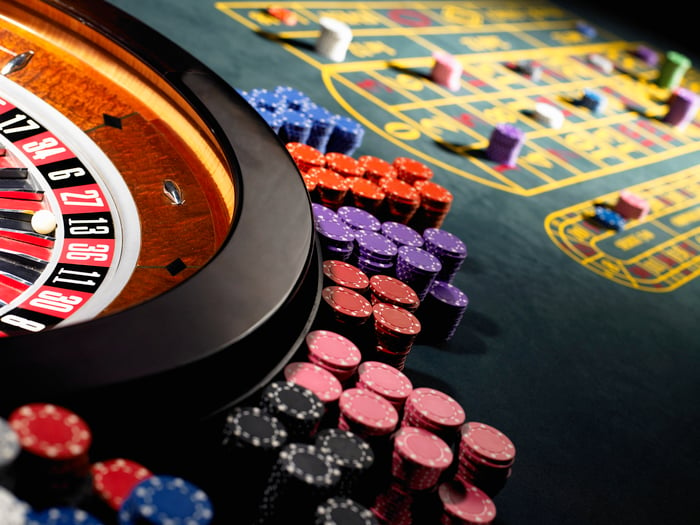 Evolution Gaming is a business-to-business (B2B) operator for the live casino market. Live casinos differ from traditional online casinos because of the use of human dealers and real card games. Evolution sets up and operates these live-streamed rooms, licensing the software and tables to online casinos like DraftKings (DKNG -3.08%) or Penn National Gaming (PENN -8.63%). While some of its revenue comes from the direct licensing of games, the majority comes from the 10% take rate it gets from its casino customers. For every $100 in revenue a casino makes with Evolution's games, the casino gives back $10 to the company. Plus, if the casino operates at a loss, Evolution is protected and not required to fund customer payouts.

Evolution operates six studios in Europe, its largest and most mature market, but has recently expanded to North America with a studio in New Jersey that opened in 2018 and a Pennsylvania studio that opened last year. In the United States, live casino operators need to have tables physically located in each state to operate legally within those borders, even though the games are just live-streamed over the internet. This creates more upfront cost for someone like Evolution (needing to build out 50 studios instead of one), but once completed, it will give it a scale advantage against anyone trying to compete with it for contracts. All things being equal, no online casino operator is going to choose the vendor with 10 states over the one with 50, meaning that the first to scale will have a huge advantage in winning contracts from the major industry players.

Evolution Gaming has best-in-class profit margins. Its games can scale to hundreds or even thousands of players at one table, with minimal operating costs outside of running the live streams and paying the dealers. In 2020, Evolution's revenue grew 53% to $669 million, but EBITDA grew even faster, up 82% to $396 million for the full fiscal year. This margin expansion shows the tremendous scalability in Evolution's business model, and why profit margins should continue to expand if it grows within its existing markets.

The one risk for Evolution and its phenomenal profit margins is a customer like DraftKings negotiating a lower take rate once its contract comes up for renewal. But if both companies are doing well under the Evolution system, and no competitor emerges with the breadth and scale of Evolution's offerings, the likelihood of this happening seems low. Plus, the contracts with casinos typically last for three years, so it is not like these risks are at play every month.

At its current market cap of $24.6 billion, Evolution trades at a price-to-sales (P/S) ratio of 36.8 and an EBITDA multiple of 66.7. This is expensive and should temper investors' expectations even though the business looks fantastic. But the company does have a clear path to growth over the next five years, especially in the United States, and it should grow its profits for many years to come.

Anyone considering owning Evolution Gaming needs to balance these two pieces of information and ask themselves whether Evolution's future growth can counteract its premium valuation. If it can, the stock may be one to hold for the long haul.