Please ensure Javascript is enabled for purposes of website accessibility
Log In Help Join The Motley Fool
Free Article Join Over 1 Million Premium Members And Get More In-Depth Stock Guidance and Research
By Katie Brockman - Mar 9, 2021 at 8:30AM

Is it time to invest in this high-risk, high-reward ETF?

Bitcoin (BTC -2.31%) is one of the hottest investments of the year so far. Over the last three months alone, its price has soared by more than 180%, shattering records along the way.

Many investors are on the fence about Bitcoin, however, and it does carry a substantial amount of risk. Because it's so volatile, it's not the right investment for everyone.

If you're eager to find an investment that experiences significant returns but carries less risk than Bitcoin, this Vanguard fund may be the right option for you. 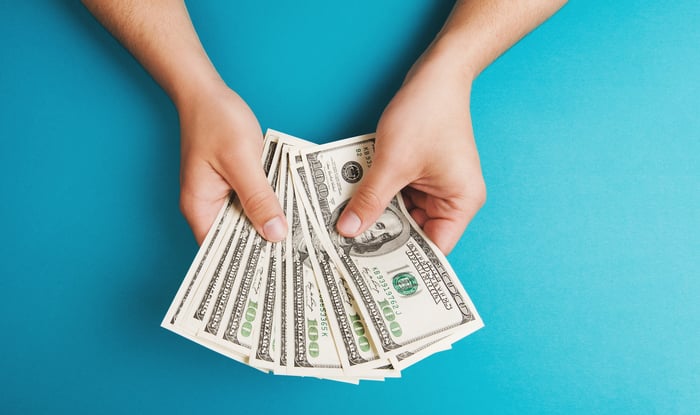 How to maximize your rewards while limiting risk

Choosing the right investments can be tricky, because you'll want to balance risk and reward. Investments with higher returns tend to experience greater risk as well, so it's important to think about your risk tolerance before you begin investing.

If you have a higher tolerance for risk, the Vanguard Information Technology ETF (VGT -4.61%) may be the right investment for you.

This investment can be considered the Bitcoin of the ETF world because it's one of the higher-risk ETFs, but it's also seen substantial gains over the past year.

The Vanguard Information Technology ETF is an index ETF that includes stocks from the information technology sector. The tech industry is known for having higher levels of volatility than some other sectors, but it's also known for its stocks that have experienced explosive growth (think Amazon and Tesla).

In the past 12 months ending in December 2020, the fund earned a whopping 46% rate of return. By comparison, the Vanguard S&P 500 ETF, which tracks the market as a whole, earned an 18% return over the past year.

There are several advantages to investing in the Vanguard Information Technology ETF. For one, it's less risky than investing in individual stocks.

When you invest in an ETF, you're instantly investing in many stocks at once. This particular ETF contains 345 stocks, including Apple, Microsoft, NVIDIA, and PayPal. Investing in hundreds of companies simultaneously limits your risk, because if a few companies in the fund don't perform well, it won't sink your entire portfolio.

Another advantage is that the higher returns can help your savings grow faster. Despite its 46% rate of return last year, this Vanguard fund has earned an average 13% rate of return per year since its inception in 2004.

If you started investing, say, $300 per month in this fund while earning a 13% annual return, here's how much you'd have saved over time:

The downside to this ETF is that it does carry more risk than if you were to invest in a broad-market fund, like an S&P 500 ETF. Any ETF that tracks just one industry is inherently riskier than a fund that contains stocks from a variety of industries.

For that reason, if you choose to invest in this ETF, it's a good idea to make sure you have a well-diversified portfolio and that this fund isn't your only investment.

Investing in the Vanguard Information Technology ETF does have its risks, but it's also one of the higher-earning ETFs out there. By investing consistently in this fund, you could experience substantial returns over time.