Please ensure Javascript is enabled for purposes of website accessibility
Log In Help Join The Motley Fool
Free Article Join Over 1 Million Premium Members And Get More In-Depth Stock Guidance and Research
By Rick Munarriz - Mar 18, 2021 at 8:05AM

Disney's original theme park will open again at the end of next month -- after being dark for 413 days.

The sixth and final Disney (DIS 3.33%) theme-park resort to reopen its gated attractions finally has a restart date. Disneyland and Disney California Adventure will unlock their turnstiles and fire up their rides on April 30.

It won't be business as usual, of course. The new normal mandates that attendance will be limited to between 15% and 35% of each park's official capacity. Like Disney World in Florida since last summer, the world's largest theme-park operator will turn to an online park reservations system to keep crowds in check.

Disneyland visitors with valid admission for a certain day will also need to secure one of the limited number of available reservations. Unlike Disney World, though, the first phase of Disneyland's reopening will be limited to California residents. We're still in a pandemic, after all. 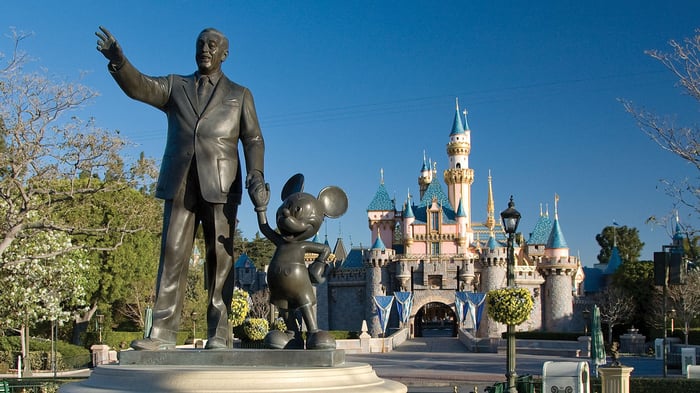 It will be 413 days since the original Disney theme park and its adjacent California-themed attraction were fully operational. It naturally wasn't up to the media giant to hold out on its fans for this long. Disneyland had originally targeted a July 17 opening for last summer.

Disneyland union chiefs initially resisted the summertime restart, but that argument became moot the moment that California itself prohibited amusement parks from reopening. Union heads representing Disneyland workers eventually rallied behind the theme-park operator to get back to business.

Disneyland's reopening will be very different than the scene that played out in Disney World last summer. For starters, annual pass holders are out of the picture after Disneyland refunded them earlier this year. It was a startling move in an industry that lives and dies by annual passes but will help the park's profitability early in the restart, as every visitor will be buying daily admissions at higher price points.

Disney is a well-diversified media stock, but theme parks were a major part of its business before the pandemic. The parks, experiences, and products segment that's helmed by its theme-park empire accounted for 38% of the revenue and 45% of the segment operating income in fiscal 2019.

It will take some time -- likely a couple of years -- before we're back to peak Disneyland. The modest goal since last year's restart was to operate at a point where the parks weren't burning through as much cash as they were when they were closed. Disneyland should be held to the same initial standard.

The timing works on some levels. The flow of stimulus checks will help spur demand for next month's reopening, but sellouts would've happened anyway. Opening at the end of April means that it's too late to cash in on spring-break vacations for California families with kids in school, but the stage is set for what will be a summer season ready to take on as many guests as the state allows at that point.

It's been a long time since Disneyland and Disney California Adventure took guests on family friendly coasters and whimsical dark rides. It's been 413 days for anyone who's been counting. Shareholders and theme-park buffs alike were probably counting the days.