This is the company's eighth acquisition so far this young year.

GrowGeneration (GRWG 4.92%) is going the acquisition route yet again. This time, however, instead of purchasing hydroponic retailers -- as it usually does -- to bulk up its core portfolio, it's purchasing a specialty software developer -- Agron.io, a logistics and purchasing solution for the wholesale agriculture sector.

Typically for GrowGeneration, the company did not disclose the purchase price of Agron.io. It did forecast that the new acquisition will generate $20 million in revenue for its new parent this year. 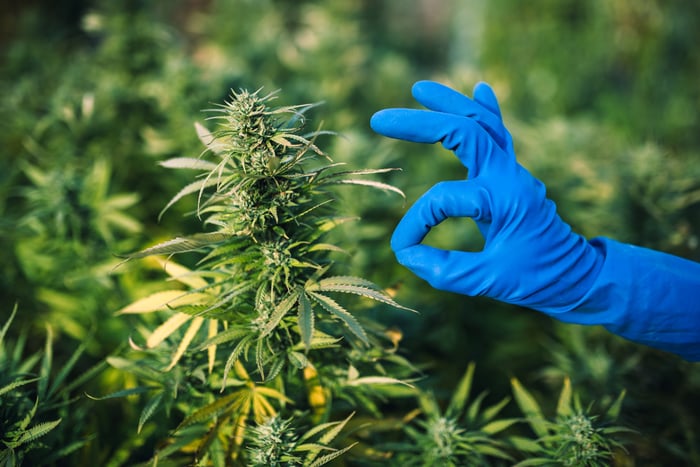 GrowGeneration quoted its CEO Darren Lampert as saying that "As additional legal cannabis markets continue to open up across the country, we are expanding and enhancing our commercial services, from facility design and consulting to volume product pricing, to deliver best-in-class support for large growers."

According to its new owner, Agron.io features an extensive product catalog with more than 10,000 goods spread across over 60 categories. Some of these products, such as greenhouses, dovetail nicely with the selection of cultivation equipment in GrowGeneration's retail stores. Qualified customers also have access to financing options and can have certain administrative tasks performed by Agron.io.

Since launching in 2016, Agron.io has overseen more than 200 build-outs of cultivation facilities, according to GrowGeneration.

GrowGeneration has been on an acquisition tear in the recent past. The company pointed out that this will be its eighth one so far in 2021. Just last week, it announced the latest in a lengthening series of hydroponics retailer deals with the acquisition of Aquarius Hydroponics in Western Massachusetts.

On Monday, GrowGeneration's stock grew by nearly 0.8%, more or less keeping pace with the S&P 500 index.