Please ensure Javascript is enabled for purposes of website accessibility
Log In Help Join The Motley Fool
Free Article Join Over 1 Million Premium Members And Get More In-Depth Stock Guidance and Research
By Beth McKenna - Mar 24, 2021 at 9:47AM

The stock of this fast-growing video-streaming company deserves a place on your watch list.

Shares of the factual entertainment (documentary) subscription video-streaming service rose 1.7% in Tuesday's after-hours trading session. We can probably attribute the market's reaction largely to full-year 2021 revenue guidance coming in higher than Wall Street was expecting. That said, the company also turned in solid Q4 results, too.

CuriosityStream stock has gained 63% since it became publicly traded on Oct. 15, 2020, via the company's reverse merger with a special purpose acquisition company (SPAC). (This method is faster and less expensive than a traditional initial public offering.) The S&P 500 has returned about 13% over this period. 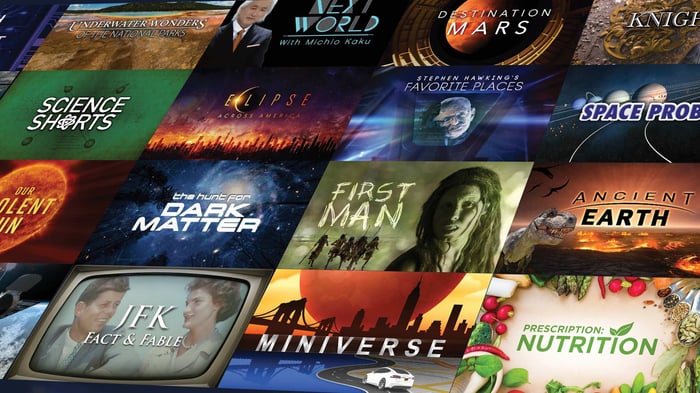 Data source: CuriosityStream. Earnings per share (EPS) not presented because company was not publicly traded a year ago, so a comparison is not possible. GAAP = generally accepted accounting principles.

The quarter's revenue growth was driven by the number of paying subscribers jumping 50% year over year to about 15 million. CuriosityStream is not profitable because it's investing in growth initiatives, as is typical for a company in the tech realm that's new to the public markets.

For Q4, Wall Street was looking for revenue of $11.2 million, so the company slightly beat the top-line estimate.

The company ended the year with $42.4 million in cash, cash equivalents, restricted cash, and investments.

We had a strong 2020, ending the year with more than double our 2019 revenue with approximately 15 million subscribers. More recently, we raised approximately $100 million in a follow-on [stock] offering completed in February of this year. We enter 2021 with a strong balance sheet, one of the largest libraries of factual content in the world and a world-class team of experienced media executives executing strongly against our plans.

For full-year 2021, management guided for revenue of "at least $71 million," which represents growth of at least 80% year over year. As is quite typical for newly public companies, management didn't issue an outlook for the bottom line. At this stage, growth in paid subscriber count and revenue is much more important than bottom-line results.

Going into the earnings release, Wall Street had been modeling for 2021 revenue of $70.6 million, so the company's guidance was somewhat better than expected.

A stock worth at least putting on your watch list

CuriosityStream had a good quarter and year, given it's only been in business since 2015 and has only traded publicly since October 2020. Its stock is worth putting on your watch list. Why?