Please ensure Javascript is enabled for purposes of website accessibility
Log In Help Join The Motley Fool
Free Article Join Over 1 Million Premium Members And Get More In-Depth Stock Guidance and Research
By Billy Duberstein - Apr 9, 2021 at 8:07AM

In the second-largest block trade ever, Prosus sells almost $15 billion of its massive Tencent stake. What will it do with the cash?

One of the more intriguing international stocks is Prosus (PROSY 13.18%), the European technology holding company spun out of South African media giant Naspers (NPSNY 20.04%) in 2019. Best known for its famous investment in Tencent (TCEHY -3.98%) back in 2001, Naspers/Prosus still retains a huge stake in the internet giant, making Naspers the biggest company in South Africa by a wide margin, and prompting the spinout of Prosus to European exchanges.

Despite having several other impressive business holdings under its corporate umbrella, Prosus/Naspers has long traded at a discount to the value of its Tencent stake alone, which still accounts for an overwhelming portion of Prosus' value.

But Prosus is gradually attempting to diversify. On Wednesday, it announced it would be cashing in billions of its Tencent winnings to "invest in growth" and for "general corporate purposes."

So, what could the company do with the cash, especially with an eye toward closing the yawning valuation gap to its remaining Tencent stake? 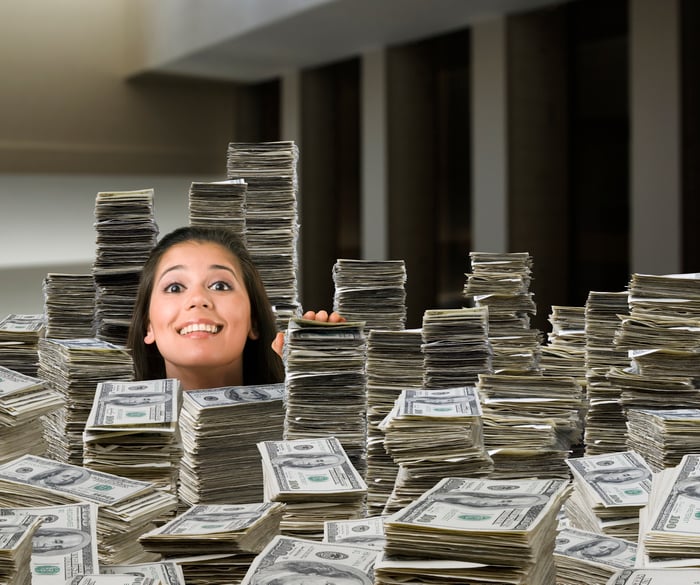 What will Prosus do with $15 billion in cash? Image source: Getty Images.

On Wednesday, Prosus sold 2% of Tencent, lowering its stake in the Chinese internet giant from 30.9% to 28.9%, raking in $14.6 billion after fees. The massive sale was made at a 5.5% discount to Tencent's stock price at the time, as selling that many shares quickly usually requires a discount. In fact, the sale was the second-largest block trade on record -- only eclipsed by the U.S. Treasury Department, which sold a huge $20.7 billion stake in American International Group (NYSE: AIG) in 2012.

Prosus just passed the third anniversary of its last sale of Tencent shares, after which it said it wouldn't sell any more stock for three years. Prosus made the same declaration this time, so the company will attempt to put the $14.6 billion to good use over the next three years.

So, what could Prosus do with the windfall? I can think of four options, any or all of which Prosus could do in 2021.

Invest in its existing business

Aside from Tencent, Prosus has either majority or significant minority interests in a variety of digital businesses sprinkled throughout emerging markets. Prosus groups these into a few categories, spanning online classifieds (mostly online sales of big-ticket items like autos and real estate), payments and fintech, food delivery, e-tail, social and internet platforms (including Tencent), and other, which is mostly venture investments in new verticals such as education technology.

Prosus has been busy adding to its portfolio in these businesses, either with new venture-like investments, such as the recent $500 million investment in ed-tech firm Skillsoft, or reinvesting in existing investments like iFood in Brazil or classifieds business OLX Group, which recently bought online real estate firm Grupo Zap to help it expand.

While these smaller investments may not move the needle today, remember that Tencent started off as a mere $32 million investment in 2001! 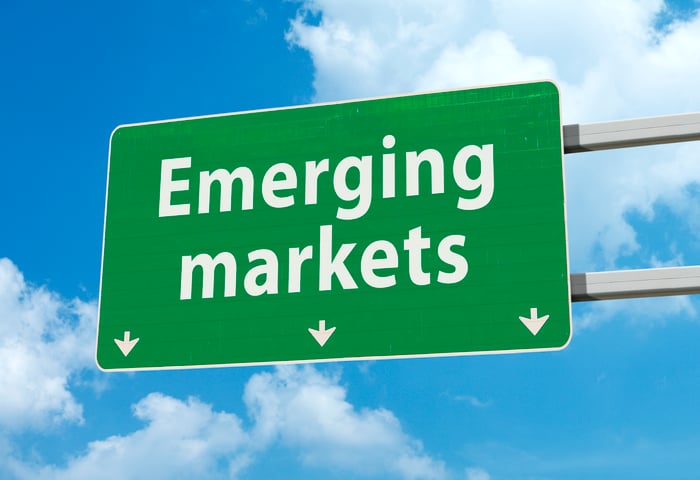 Prosus now sports a $185 billion market cap, so it may take a fairly large acquisition to really move the needle today.

Prosus will now have $14.6 billion in extra cash, on top of its $4.3 billion net cash position as of last September, to potentially make a large acquisition that could significantly change the complexion of its non-Tencent holdings.

Of course, any large acquisition will have a rather high bar to clear, since Prosus or Naspers share repurchases are a great value today. Prosus announced a $5 billion share repurchase program beginning last November, in which it would buy back shares of both Prosus and majority owner Naspers. Both Prosus and Naspers are still trading at significant discounts to the value of their Tencent holdings alone, not to mention the multi-billion-dollar portfolio of all the other technology businesses. In fact, Naspers still trades at just a bit more than half of the value of its partial ownership of Prosus' Tencent stake.

Considering the company would get $2 of value for every $1 of Naspers stock repurchased, that sets a pretty high bar for new acquisitions. Of course, Prosus should attempt to grow its other businesses, but hopefully it will continue to repurchase shares as well, as long as its stock is trading at a significant discount to its net asset value.

Finally, another option for Prosus would actually be to spin off its massive Tencent stake to its shareholders. The company may have been reluctant to do so until recently, as Tencent's dividend is a key source of cash for Prosus. Still, with nearly $15 billion in new cash on the balance sheet, management may feel that's enough to go it alone with their other businesses.

The reason for this would be that management sees no short-term path to Prosus being valued correctly since this large conglomerate discount has been difficult to shake. A spinoff of Tencent to shareholders would, in theory, allow for Tencent shares to appreciate to fair value outside of Prosus, and investors would then be forced to realize the value of the non-Tencent portfolio. Based on current net asset values, if Prosus management does this, shareholders could see a very quick doubling in the value of their Prosus stake at least.

That's a pretty strong incentive to do the spinoff, even though I'm sure Prosus is reluctant to relinquish the Tencent stake. Still, large spinoffs are not without precedent in the tech world. IAC/InteractiveCorp (IAC -2.74%) is sort of a "mini-Prosus" here in the U.S. Its philosophy is to develop and nurture young internet businesses, kind of like Prosus. The difference is that once IAC's tech holdings reach a mature stage, its policy is to spin them off into their own independent companies. Past IAC spinoffs include Expedia.com (NASDAQ: EXPE), Match Group (NASDAQ: MTCH), and the upcoming spinoff of Vimeo, among others.

Prosus hasn't typically spun off assets in the past, but it has sold them, such as the 11.2% stake it owned in India's FlipKart, which it sold to Walmart (NYSE: WMT) in 2018 for $2.2 billion. So it has let go of large assets in the past. Maybe it should take a page out of IAC's playbook and do the same here.