The company is also looking into NFTs, or non-fungible tokens, the latest investment craze.

As its shares continue to surge and plunge after a period of sideways movement, GameStop (GME 0.92%) is on a quest to find a new CEO. The man occupying that executive position, George Sherman, has been CEO for under two years, Business Insider reports. Company leadership has been shifting rapidly, with former Chewy CEO Ryan Cohen joining its board of directors at the start of 2021.

Three unnamed sources told Reuters earlier today that Cohen wants a chief executive better suited to "digital transformation." Sherman has some two and a half decades of executive experience but focused on physical retail rather than the internet. The move is likely part of an administrative shakedown that has seen Cohen hire other former Chewy personnel for important posts at GameStop. 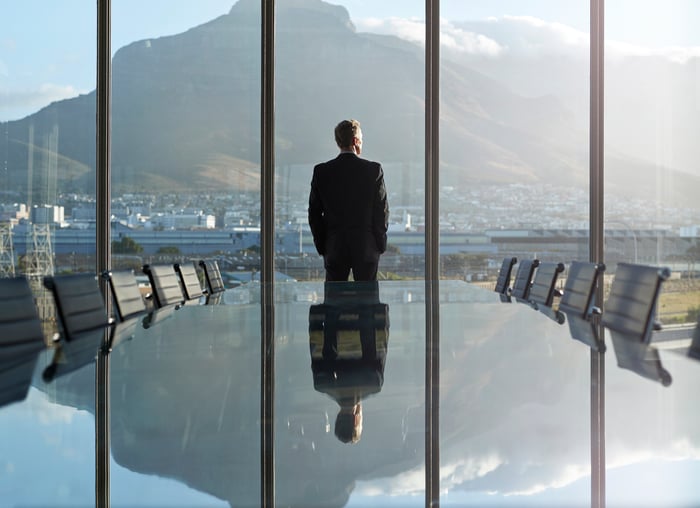 The anonymous informants say GameStop is using the services of an executive headhunter to search for a replacement for Sherman.

Though the file itself can be copied infinitely like any other file, the unique signature can't, creating a theoretically unique digital item with the same potential value as an original painting. One NFT image sold for $69 million to a cryptocurrency trader, while a blockchain autographed video clip of LeBron James dunking a basketball yielded $208,000, even though the clip is available for free without the NFT signature.

Despite these events, an analyst at Ascendiant gave GameStop a $10 price target today, predicting a 94% downside for the video game retailer.