Shares of iRhythm Technologies (IRTC 5.70%) were crashing 37.5% lower as of 12:01 p.m. EDT on Monday. The big decline came after the company responded to the publication of Medicare reimbursement rates by Novitas Solutions on Saturday.

iRhythm stated that these new rates would negatively impact its first-quarter revenue by $13 million. The company also said it wouldn't be able to provide its Zio XT service for cardiac monitoring to the Medicare fee-for-service segment if the rates aren't increased. 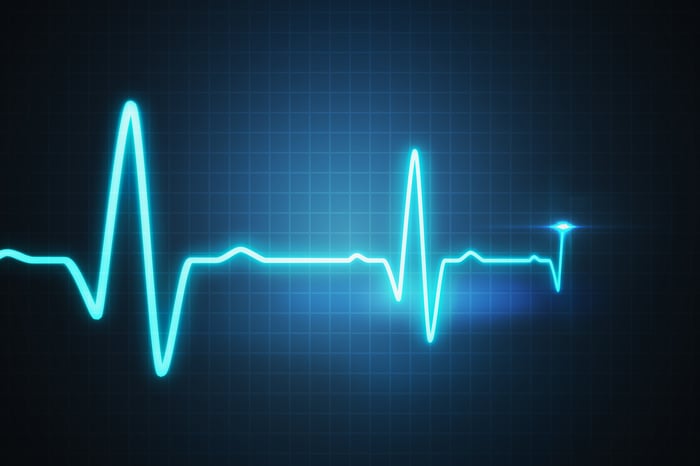 Companies such as iRhythm are heavily dependent on the rates set by Medicare Administrative Contractors (MACs). It's not surprising that the healthcare stock would be hammered so hard after today's announcement.

iRhythm estimates that its full-year 2020 revenue would have been reduced by 15.6% if the rates recently set by Novitas had been in place throughout last year. The company said its gross margin would have fallen from 73.5% to 68.6%. In 2020, Medicare generated 27% of the company's total revenue.

iRhythm Technologies CEO Mike Coyle said, "We are extremely disappointed that Novitas did not reflect the appropriate clinical and economic value of long-term continuous ECG monitoring and Zio XT." The company said it's planning to discontinue serving this Medicare fee-for-service segment with its Zio XT service beginning in the second quarter.

However, iRhythm isn't completely giving up. Coyle said the company "will continue to work hard to secure more appropriate reimbursement for Medicare patients, including national pricing with CMS [Centers for Medicare and Medicaid Services], so we can continue to deliver the service to all potential patients who can benefit from it."