Please ensure Javascript is enabled for purposes of website accessibility
Log In Help Join The Motley Fool
Free Article Join Over 1 Million Premium Members And Get More In-Depth Stock Guidance and Research
By Howard Smith - Apr 19, 2021 at 8:07AM

The change comes with plans for Ryan Cohen to soon become chairman of the board.

GameStop (GME 0.40%) announced today that CEO George Sherman will be stepping down on July 31, or sooner if the company finds a successor earlier. The move is the latest in the plan for the video game retailer to transition from a brick-and-mortar sales model to a company focused on an e-commerce business.

The transition of the business effectively began when the company brought in activist investor and Chewy co-founder Ryan Cohen to GameStop's board of directors. Earlier this month the company said it intends to elect Cohen to chairman of the board at GameStop's upcoming shareholder meeting in June. 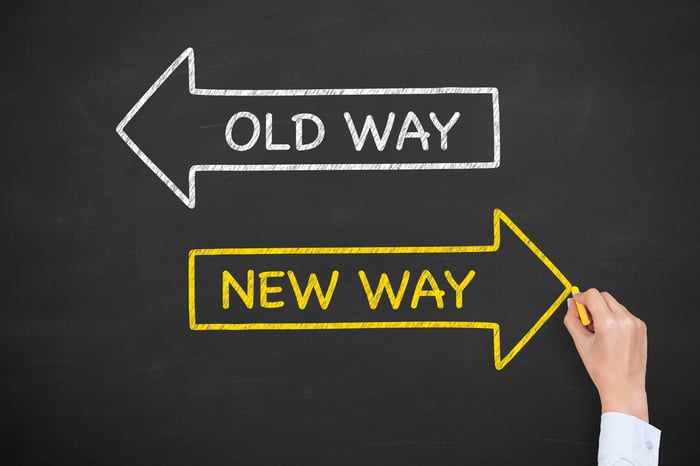 Cohen's ascension has stoked speculation by retail investors that a GameStop business turnaround can lead to a bright future. That belief has helped drive the frenzy in the stock that started on Reddit's WallStreetBets forum, led by investor Keith Gill (who is also known online as Roaring Kitty). Gill also made news Friday when he exercised 500 GameStop call options that gave him 50,000 additional shares priced at $12, as reported by CNBC. The stock closed Friday at about $155 per share. The investor could have walked away with a profit of more than $7 million if he sold.

The CEO succession appears amicable, with Cohen praising Sherman's accomplishments in leading the company. Sherman also said he was proud of his tenure, adding in a statement, "We have helped bring stability and strength to the business, including by de-densifying our store footprint, reducing costs and debt, and driving e-commerce growth."