An upsurge in the global pandemic is stoking fear.

Most Nasdaq investors focus their attention on innovative tech companies, because they make up the market's biggest stocks and have a high profile in the investment community. On Tuesday, though, it was a different group of companies that took some of the biggest hits. That came on the heels of an upsurge in COVID-19 cases across the globe that is posing a threat to the thesis for a global economic recovery. That sentiment affected several groups of stocks on Tuesday. 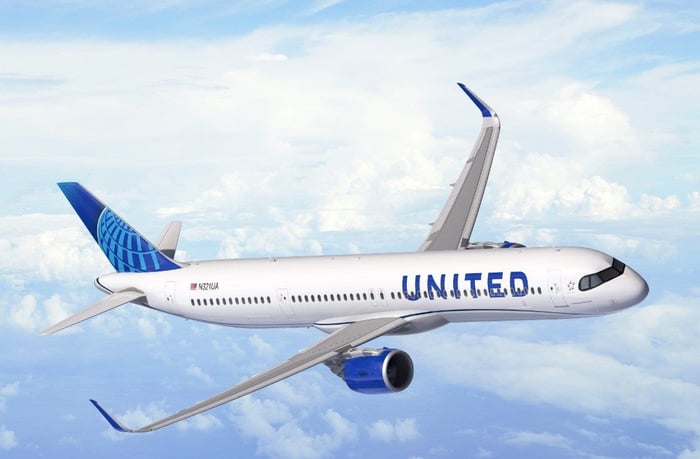 The coronavirus pandemic has had a huge impact on the airline industry, and even the gradual rollout of vaccines in the U.S. hasn't eliminated all the risk for global carriers like United and American. International travel restrictions will likely last a lot longer than those on domestic air travel. That could pose a major threat to airlines going forward, and the threat of new variants of coronavirus stemming from outbreaks in areas like India and across Europe could contribute to longer-term anxiety.

Meanwhile, airlines are still working to emerge from financial strain. United reported its first-quarter results late Monday, which included revenue that was down by two-thirds from its pre-pandemic level two years ago. Adjusted net loss came in at $2.4 billion, and United is still burning cash, albeit at a slower rate of $9 million per day.

The outlook at United is grim as well, as second-quarter capacity is likely to be down 45% and total revenue per available seat mile faces a 20% hit compared to 2019 levels. Even with measures like opening up new routes, airlines face a huge amount of uncertainty.

Meanwhile, companies that specialize in giving people a place to stay also fell on hard times on Tuesday. That was evident both in traditional hotel providers and in alternatives.

Marriott (MAR -2.19%) was down almost 4%, leading a retreat in hotel chains. Online travel portals Booking Holdings (BKNG -2.08%) and Expedia Group (EXPE -3.40%), which get a large portion of their overall revenue from booking hotels and other accommodations, were similarly down 3% to 4% on the day. Even newly public Airbnb (ABNB -3.19%), which had its IPO just a few months ago, lost 3%.

Booking in particular relies a lot on international travel, so it faces some of the same challenges as United and American. Yet the declines across the board suggest that investors might have gotten a bit carried away in their fervor for travel stocks during the early stages of vaccine rollouts. The reality may not prove quite as strong as optimistic assessments had anticipated, especially if global vaccine availability lags far behind what the U.S. has thus far seen.

People will eventually travel again, and the companies that provide travel services will likely have the resources to recover. However, investors will have to put up with some bumps along the way, and that's what the stock market is dealing with on Tuesday.