Please ensure Javascript is enabled for purposes of website accessibility
Log In Help Join The Motley Fool
Free Article Join Over 1 Million Premium Members And Get More In-Depth Stock Guidance and Research
By Rich Duprey - Apr 21, 2021 at 10:31AM

The alcohol distribution giant will help get the CBD-infused Quatreau sparkling water brand on the shelves of U.S. retailers.

Canopy Growth (CGC 4.76%) has signed an agreement with Southern Glazer's Wine & Spirits, the largest wine and spirits distributor in the U.S., to distribute its portfolio of cannabidiol (CBD) beverages.

Southern Glazer's will start with Canopy's Quatreau brand of CBD-infused sparkling water, which launched in Canada last year and is said to be the top-selling ready-to-drink CBD beverage in the country. Initially, the distributor will make Quatreau available to retailers in seven states, with more states to be added to the roster in the months to come. Southern Glazer's has operations in 44 states. 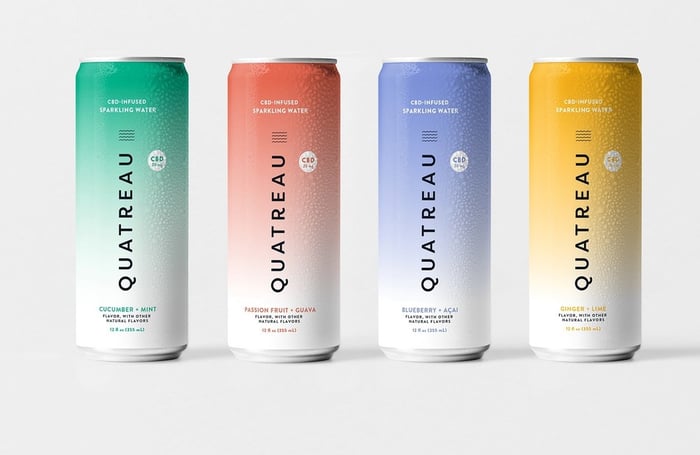 Quatreau, a sparkling water that contains 20 milligrams of U.S. grown hemp-based CBD per serving, comes in four flavors. It debuted in the U.S. market through an online distribution partnership with Acreage Holdings, a U.S.-based hemp company that Canopy has long had a conditional deal to acquire -- that merger awaits the day that marijuana is legalized federally.

And though online sales are good, gaining a mainstream retail presence will be key if the beverages are going to really gain traction with consumers. According to Canopy Growth Chief Commercial Officer Julious Grant, the agreement will allow it to "leverage Southern Glazer's established distribution network to bring our CBD beverage portfolio to retailers and consumers across the U.S. market."

This isn't Southern Glazer's first CBD beverage deal. In 2018, it created a subsidiary focused solely on the cannabis market, and signed an agreement to distribute Aphria's CBD beverage portfolio to retailers in Canada.

The announcement from the marijuana company did not say when the beverages will begin appearing in U.S. stores.