Please ensure Javascript is enabled for purposes of website accessibility
Log In Help Join The Motley Fool
Free Article Join Over 1 Million Premium Members And Get More In-Depth Stock Guidance and Research
By Brett Schafer - Apr 24, 2021 at 11:07AM

These two companies have wildly different risk profiles. Do they belong in your portfolio?

Small-cap stocks can offer great opportunities for individual investors. These businesses, with market capitalizations below $2 billion but above $300 million, are typically not looked at by large investment banks or hedge funds. Why? Well, since these institutions have tens of billions in assets, buying stakes in small-cap stocks typically doesn't move the needle for them. With fewer eyeballs on these small-cap companies, this can be an advantage for individual investors. 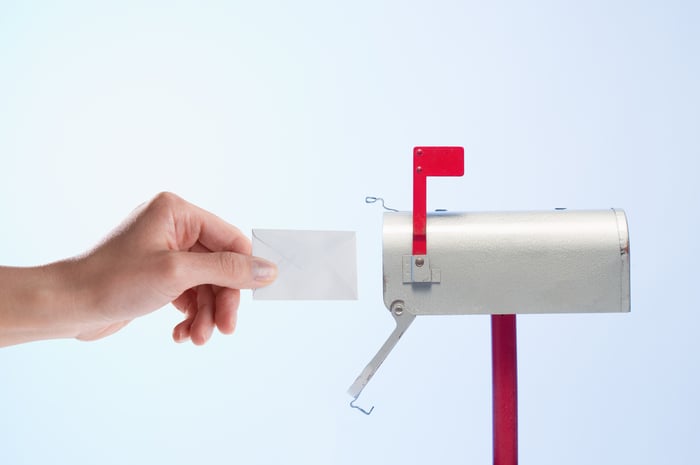 Boston Omaha is a conglomerate like Berkshire Hathaway conglomerate, but with a market cap currently under $1 billion. The company took its current form in 2015 when co-CEOs Alex Rozek and Adam Peterson bought a controlling stake in a real estate business. They renamed the company Boston Omaha and broadened its mandate to buy companies or stakes in companies that generate durable streams of cash flow.

As of now, Boston Omaha owns a billboard business called Link Media, a surety insurance operation, majority stakes in two fiber and broadband businesses, plus many other small investments. The insurance subsidiary is what gets Boston Omaha compared to Berkshire Hathaway, as that has been the main engine propelling Warren Buffett's dominance over the last five decades. If Boston Omaha can start generating meaningful float from its surety insurance operation, this will give Rozek and Peterson a nice stream of investable dollars that they can deploy into other assets.

When it comes down to it, if you own stock in Boston Omaha, you are betting on the managerial prowess of Rozek and Peterson. So far, their skill has shown to be quite good. For example, the two invested around $22 million into Dream Finders Homes (DFH 7.80%) back in 2017 and also in 2019. That stake is now worth over $100 million. With $190 million in cash on the company's balance sheet and a market cap of only $964 million, if you believe Rozek and Peterson can replicate some of the success they had with Dream Finders Homes, then you should be optimistic about Boston Omaha's long-term prospects.

It should be stated upfront that GoPro is not in as comfortable a position as Boston Omaha, making the stock a significantly riskier investment. However, it offers investors a chance for solid returns if management can execute.

But wait, isn't GoPro a dead business? Not exactly. The stock has done horribly since its initial public offering (IPO), down over 60% since its debut in 2014, which has led most investors to disregard the company. However, while GoPro's financials have been choppy over the last few years, it is making some investments that could help it turn the corner toward consistent growth.

One investment is a transition to direct-to-consumer (DTC) for its hardware (camera) sales. In the fourth quarter of 2019, only 11.6% of GoPro's revenue came from its own website. A year later, in Q4 2020, that number grew to 32.5% of overall revenue. By cutting out the middleman, GoPro should be able to increase its profit margins while also establishing more of a direct relationship with its customer base.

GoPro also has a subscription service for its most dedicated users. This service, which offers cloud storage, discounts at the company's website, and now premium editing tools through its Quik application, had 760,000 subscribers at year-end, up from only 311,000 a year ago. With a GoPro subscription costing $50 a year, management estimates that every 1 million subscribers GoPro adds translates to $50 million in annual recurring revenue at a 50% operating margin. If GoPro can get to 1 million subscribers and beyond, it would be huge in changing its financial profile from solely being a seller of hardware (a notoriously tough business) to a software subscription business as well. And at a $1.8 billion market cap, investors can buy into this software potential at a reasonable price.

But do remember that with GoPro, it is the potential for changing the business you are betting on, which is not a guarantee. If you are someone who likes to invest in safer assets, maybe owning something like Boston Omaha is a better option. Either way, small-caps offer individuals a large and diverse pool of stocks to invest in, many of which are untouchable by large institutions. And Boston Omaha and GoPro are two options investors should seriously consider.