Please ensure Javascript is enabled for purposes of website accessibility
Log In Help Join The Motley Fool
Free Article Join Over 1 Million Premium Members And Get More In-Depth Stock Guidance and Research
By Leo Sun - Apr 30, 2021 at 7:45AM

Which ARK gaming stock is the better overall investment?

Cathie Wood, the growth investor who mainly invests in disruptive companies for her family of ARK Invest ETFs, accumulated stakes in both companies. As of this writing, Roblox and Skillz account for 0.8% and 1.9%, respectively, of the ARK Next Generation Internet ETF's (ARKW 7.74%) holdings. Skillz also accounts for 0.4% of Wood's flagship ARK Innovation ETF's (ARKK 9.10%) holdings. 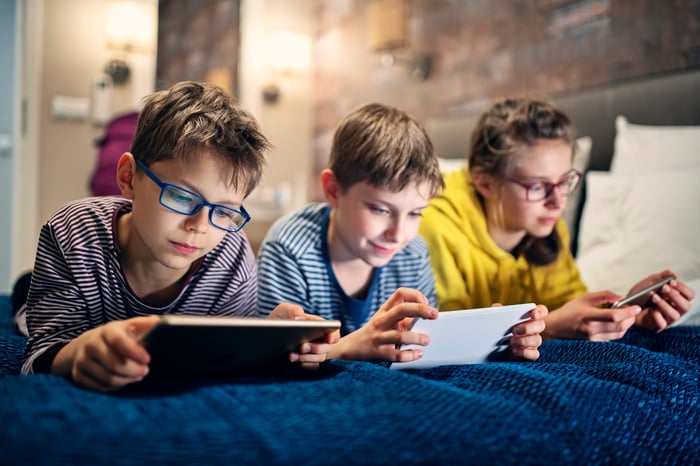 Neither stock is a top-10 holding for any of ARK's ETFs, but Wood's interest suggests they could have long-term growth potential. Let's take a closer look at both companies, how they stand out in the crowded gaming market, and whether or not they're good investments for growth-oriented investors.

What do Roblox and Skillz do?

Roblox's platform enables its users to create video games without any coding experience, share them with other users, and monetize them with in-game features or cosmetic upgrades for players' avatars.

Skillz's main platform is a matchmaking arena for iOS and Android games. Instead of building multiplayer features from scratch, game developers can simply add a few lines of code to their games to let their players compete against others.

Skillz's platform also provides multiplayer prizes, processes in-app payments, and gives developers a clearer view of their games with an analytics dashboard. Its platform served 2.4 million monthly active users (MAUs) at the end of 2020, and it hosted an average of over 5 million daily tournaments.

Those growth rates are impressive, but they can be partly attributed to stay-at-home measures during the pandemic, which caused children to spend more time on their computers and mobile devices. 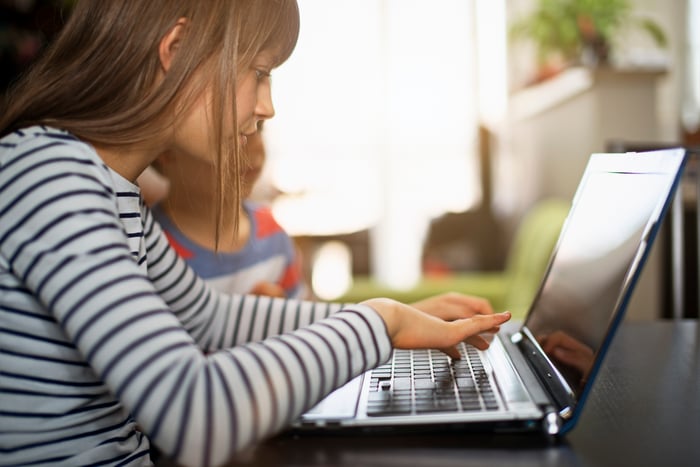 Analysts expect Roblox's revenue to jump 114% to $1.98 billion this year, but grow just 26% to $2.5 billion in fiscal 2022 as the pandemic passes. But investors should take those forecasts with a grain of salt since we can't be sure when the pandemic will end or how much Roblox's user growth will decelerate as more people return to school and work.

Skillz also likely benefited from stay-at-home measures as more people played online games. However, it generated a whopping 79% of its revenue last year from just three games from two publishers: Solitaire Cube and 21 Blitz, which are both developed by Tether Studios, and Big Run Studios' Blackout Bingo. After including Tether and Big Run's other games, the two studios accounted for 87% of Skillz's revenue.

Analysts expect Skillz's revenue to rise 60% this year and 52% next year. Yet those forecasts are pinned to the performance of just three mobile games -- which arguably makes it riskier than Roblox.

Based on Wall Street's expectations, Roblox and Skillz both trade at about 20 times this year's sales. However, Skillz's stock could get slightly pricier after factoring in its recent secondary offering of 32 million shares.

Both companies are still swimming in red ink

Roblox and Skillz are both generating explosive sales growth, but neither company will generate a profit anytime soon.

Roblox's net loss more than tripled from $71 million in 2019 to $253 million in 2020. Its top expenses include infrastructure costs and developer exchange fees, or the cost of exchanging its in-game currency Robux back to U.S. dollars. Roblox sets that exchange rate, but it might need to reduce the value of each Robux to narrow its losses in the future -- which could cause developers to leave the platform.

Skillz's net loss widened even more, from $24 million in 2019 to $122 million, as its costs skyrocketed. Its overwhelming dependence on just two studios could limit its ability to raise prices to narrow those losses.

So which stock is a better investment?

I'm not a fan of either stock right now, especially as higher bond yields pull investors away from frothier growth stocks.

But if I had to choose one over the other, I'd pick Roblox, because its business model is sturdier and it doesn't suffer from any customer-concentration issues. If it was trading at a lower price-to-sales ratio, I'd be much more enthusiastic about buying it as a long-term investment.