After spiking early Friday on the back of its first-quarter 2021 earnings, shares of GoPro (NASDAQ:GPRO) gave back most of their gains on the day. Double-digit gains pared down to a 3.4% increase on Friday. Today, investors continued to sell the action-camera maker's shares. As of 12:30 p.m. EDT on Monday, GoPro shares were down almost 10%.

The sharp short-term reversal makes more sense when looked at in a broader context. Shares of GoPro soared more than 50% in the month of March. The outsize move wasn't due to developments at the company, but likely rather because it was a favorite with the retail trading crowd associated with Reddit's WallStreetBets forum. There was actual positive news from the company's first-quarter results last week, but shares are already up almost 20% year to date even including today's drop. 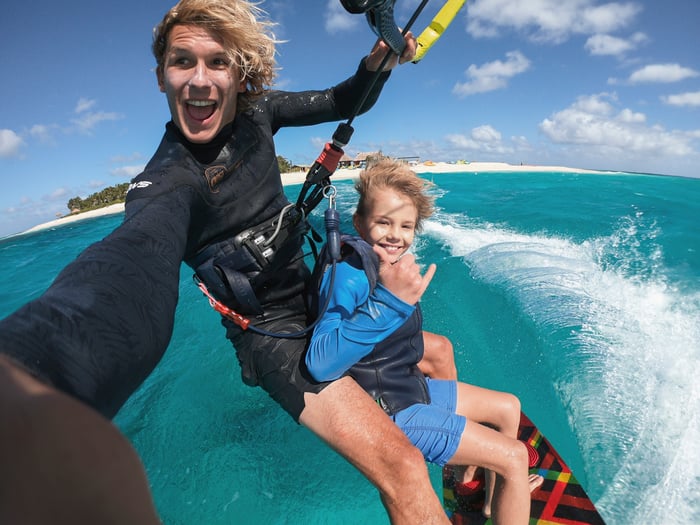 GoPro has been working to turn its business around and focus on growing its subscription service. In its first-quarter report, the company said its revenue grew 71% year over year, and that its subscription service grew revenue 224% to represent 40% of total sales. GoPro also told investors it surpassed 1 million subscribers in April.

But the company still reported a net loss of $10 million for the first quarter. Since GoPro hasn't reported a profitable year since 2015, investors are likely going to remain in wait-and-see mode for the most part until the business truly turns the corner. That's especially the case with the stock seeing the gains it already has this year.