Please ensure Javascript is enabled for purposes of website accessibility
Log In Help Join The Motley Fool
Free Article Join Over 1 Million Premium Members And Get More In-Depth Stock Guidance and Research
By Nicholas Rossolillo – May 13, 2021 at 7:58AM

Headlines aside, Bitcoin is worth less than it appears on the Square platform -- for now.

Financial technology outfit Square (SQ -0.84%) got 2021 started on the right foot. More than a year removed from the start of the pandemic, revenue from its seller ecosystem (primarily digital payments and related services for merchants) rallied 19% year over year as in-person business transactions slowly started to normalize again. Cash App also had a good first three months of the new year with revenue up a whopping 139% from a year ago as consumers flocked to the digital wallet.

But revenue overall at Square was $5.06 billion in Q1 2021, up an incredible 266% year over year. The reason? Bitcoin (BTC -0.49%) transacted through Cash App. Nevertheless, Square is by no means reliant on the cryptocurrency price boom. On the contrary, it's barely a money-making affair -- but one generating lots of buzz and helping its more profitable digital money management and payments business continue its expansion. 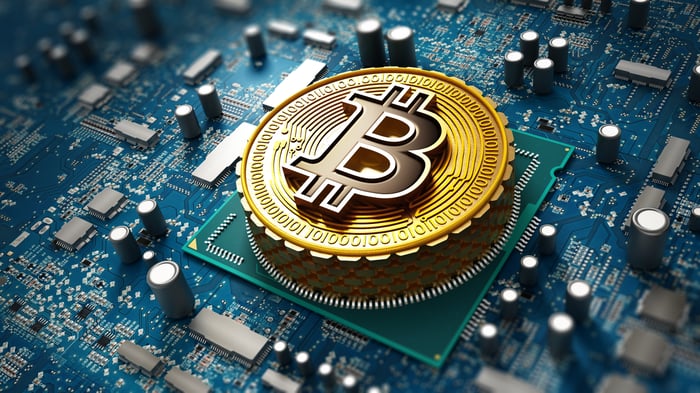 Exactly what Bitcoin is worth to Square

Much like how things played out last year, Bitcoin's skyrocketing price driven by consumer interest in owning a piece of the digital currency was a boon for Square's headline numbers. Of the $5.06 billion in revenue generated in the first quarter, $3.51 billion was attributable to Bitcoin -- a more than 1,000% increase from Q1 2020 when Bitcoin revenue was just $306 million. Cash App users buying and selling the digital currency was only part of the story. As of this writing, the value of Bitcoin itself is up 720% since the start of 2020.

And yet in spite of the epic rise, Bitcoin isn't what's paying the bills at Square (total net income was $39 million, and free cash flow was actually negative $132 million this last quarter). Rather, it's the Square seller ecosystem and Cash App (excluding Bitcoin) that's really moving the needle and generating progress for Square's bottom line. In fact, when factoring for the $19.9 million in Bitcoin impairment costs realized, the cryptocurrency results were hardly meaningful in the last quarter.

What's the deal with the crypto craze?

Stated another way, Square's revenue was up 44% in Q1 to $1.55 billion when excluding the $3.51 billion in Bitcoin revenue. Besides generating massive buzz in its top-line financial metric, why bother with Bitcoin at all?

It's all about the bigger picture for Square, which is generating lots of new user accounts by offering crypto trading through Cash App. Once in the ecosystem, Cash App (and the closely integrated merchant ecosystem through Square) can monetize some of those users with its much more profitable digital payments and digital wallet services. Thus, cheap marketing with quick payoff is one way to think of Bitcoin at Square.

Longer term, if Bitcoin acceptance as a form of payment among businesses does continue to increase, Square will have the infrastructure and user base already built out to make it a top ecosystem from which merchants and consumers can interact using the digital asset. Bitcoin thus gives Square another arrow in its quiver as it rapidly grows its network of users.

Why Block Stock Was Down on Wednesday

Why Block Stock Was Rocked Today