Please ensure Javascript is enabled for purposes of website accessibility
Log In Help Join The Motley Fool
Free Article Join Over 1 Million Premium Members And Get More In-Depth Stock Guidance and Research
By Jason Hawthorne - May 21, 2021 at 9:15AM

Over the past two decades, the internet has transformed nearly every aspect of business. If only there was a way to go back in time and buy shares of a company leading that transformation. In some ways, MarketAxess actually is that time machine.

Fixed income, otherwise known as bonds, has historically been an inefficient manual process with traders settling on a price over the phone. It's a huge market, and MarketAxess is bringing it into the 21st century with its electronic bond trading platform. That trend, along with pristine financials and management's approach to capital allocation, are why I won't sell my position no matter how far the market falls. 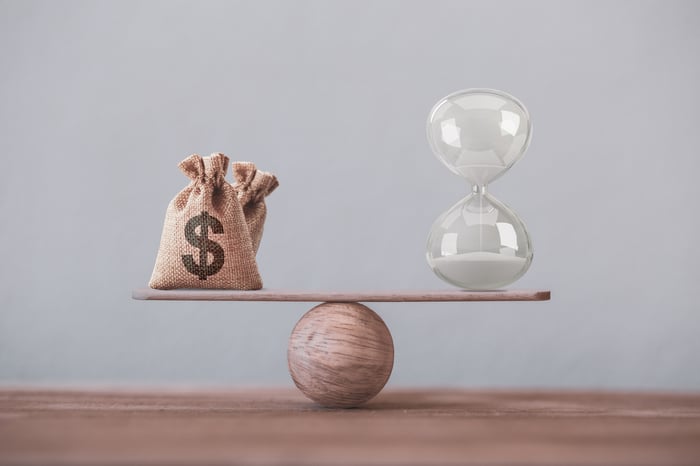 Founder and CEO Rick McVey has generated the types of returns investors dream about. Since 2010, the stock is up 3,410%. That made it one of the best performers of the decade. Like many industries, the bond market saw a lot of activity shift online during the pandemic, and the extra volume highlighted how well the company scales. Every dollar of additional revenue produced more and more profit.

The company carries no debt and is as profitable as some of the brands best known for connecting buyers and sellers through a technology platform. Simply put, it's an outstanding business.

McVey also has an excellent record of allocating capital. MarketAxess pays a dividend of $0.66 per quarter. The 0.6% yield may not get income investors excited, but the payout has grown 25% annually since being introduced at the end of 2009. The company has also made high-quality strategic acquisitions. In 2019, it bought LiquidityEdge to enter the U.S. Treasury market. The move opened up nearly $600 billion in daily trading volume. Last year, management added Regulatory Reporting Hub for its infrastructure in Europe. That move continues the buildout of a services arm and helps add value across the entire trading lifecycle for clients.

The value of existing government and corporate debt is more than $100 trillion. Management estimates the U.S. market alone has about $50 trillion outstanding. The company's volume growth over the past five years shows how fast all categories of debt are shifting online. In fact, MarketAxess has increased overall market share in every quarter since the beginning of 2009. There is a lot of incentive for the growth to keep going. Some dealers estimate electronic trading is 10% to 30% cheaper than traditional voice trades.

Cost isn't the only reason the trades are going online. The large fixed-income market is also being driven by regulatory trends. After the financial crisis, a number of regulations were introduced to increase transparency and reduce systemic risk. The trading platform allows price discovery for participants and dramatically improves liquidity, both of which suffer when relying on relationships and phone calls to connect buyer to seller. That regulation was one of the drivers for the stock's incredible gains over the past decade. However, large segments of the industry still operate in a relationship-driven environment.

That leaves plenty of growth ahead for MarketAxess. For example, even though the percentage of European fixed income that traded electronically rose from 38% to 45% last year, it's still miles behind some other assets. For comparison, 90% of trading in the currency market is digital.

In the recently reported first quarter, the company generated record revenue that was 16% higher than last year. That's impressive considering last year's first quarter contained more than a month of extremely elevated credit market activity as the pandemic set in. That tough comparison may be a reason the stock is almost 24% below its recent high.

Many analyses have shown the best investments are ones that compound for decades. Yet one of the hardest things to do in investing is nothing. That's precisely what is required to let that compounding work. That's why I bought one of the best businesses around and plan to hold it for as long as I can.