Please ensure Javascript is enabled for purposes of website accessibility
Log In Help Join The Motley Fool
Free Article Join Over 1 Million Premium Members And Get More In-Depth Stock Guidance and Research
By Howard Smith - May 26, 2021 at 2:11PM

Retail traders believe there's room for another major short squeeze. Are they right?

Shares of AMC Entertainment Holdings (AMC 7.56%), GameStop (GME -2.67%), BlackBerry (BB -2.74%), and clothing retailer Express (EXPR 3.96%) are up between 10% and 50% in just the last five days. These meme stocks that were the focus of a push from retail traders on the WallStreetBets forum in January are almost all now looking like they could be riding another wave higher. 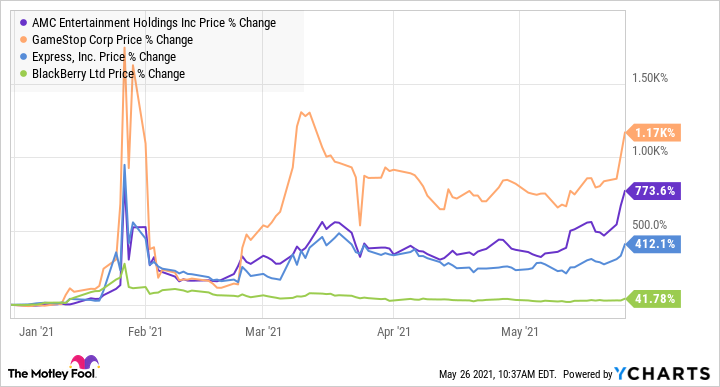 Reddit users might again be looking to force a short squeeze, and there seems to be some room for that to occur. But not all of these names are in the same position as earlier in the year. 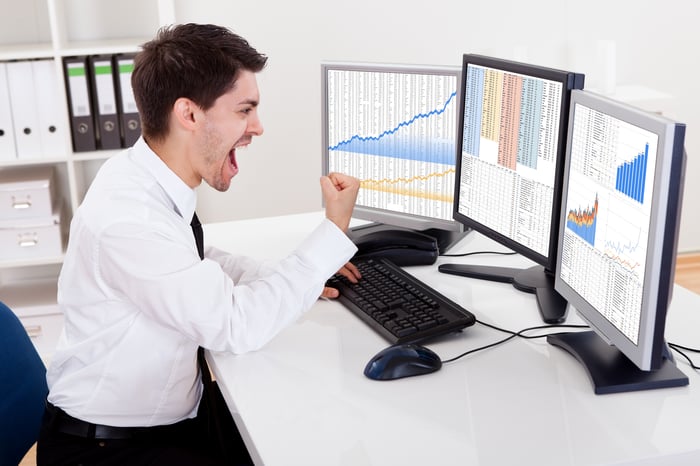 GameStop still had almost 12 million shares sold short as of the end of April; that represents about 18% of its outstanding shares. But that's a far cry from the situation in January, as GameStop shares held short have declined by about 80% since then. Express similarly has seen a sharp drop in the percentage of its outstanding shares held short, having been almost cut in half since the start of the year.

But for AMC and BlackBerry, there has actually been a jump in the level of shares held short. BlackBerry's short interest still remains below 10% of shares outstanding, meaning any short squeeze wouldn't have too much room to run.

AMC seems to be the standout that could indeed be involved in a short squeeze attempt. Its short interest has more than doubled, and according to data by YCharts, the latest count showed there was still more than 20% short interest in the name. 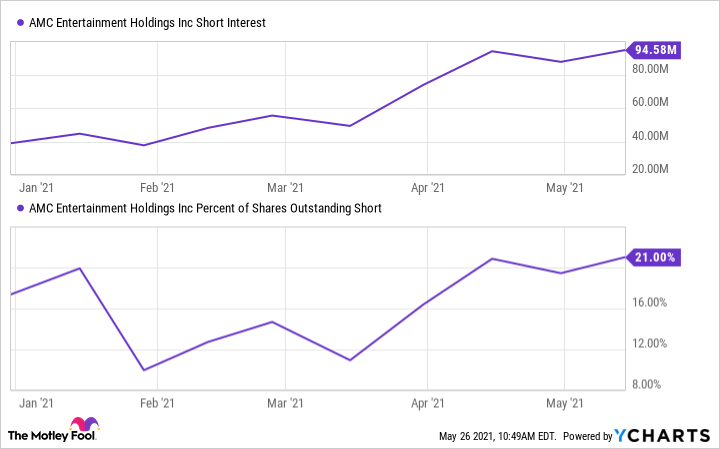 Of course, any focus on short interest and driving shares into a short squeeze isn't related to the fundamentals of the companies' businesses themselves. It is more short-term thinking and trading, rather than investing. That might be fine for a small, appropriate portion of a portfolio. But investors who aren't just gambling should research the underlying fundamentals of the companies.

GameStop has made some strides to shift its business model from traditional brick-and-mortar to online game sales. Express will give its next quarterly report on June 3, and investors will be watching to see if comparable-store sales improve from the 27% decline the company reported in the fourth quarter of 2020.

AMC has taken advantage of its rising stock price by recently raising $428 million in a new share offering. The money it has raised during the pandemic has bolstered the balance sheet as it awaits a full reopening, bringing customers back to theaters. But the company's debt level is a longer-term concern that investors should be monitoring. For now, it seems short-term traders might be looking for a quick gain. But a pop in the stock won't last, if it's just an adjustment of short-sellers covering and business results don't follow.