Please ensure Javascript is enabled for purposes of website accessibility
Log In Help Join The Motley Fool
Free Article Join Over 1 Million Premium Members And Get More In-Depth Stock Guidance and Research
By Adria Cimino - May 29, 2021 at 6:00AM

They scored investors some quick gains -- but their long-term potential is even better.

When we say the words "Robinhood stocks," we often think of high-risk stocks with potential for big returns -- but also for big losses. Those kinds of companies have their spots on Robinhood's list of its 100 most popular stocks.

But the list also includes names that aren't so risky. These stocks have brought investors big wins -- and probably will in the future, too.

I'm going to talk about an entertainment powerhouse, an athletic-apparel giant, and a biotech company selling the world's most-talked-about product right now. Robinhood investors like these stocks and there's reason for you to like them, as well. 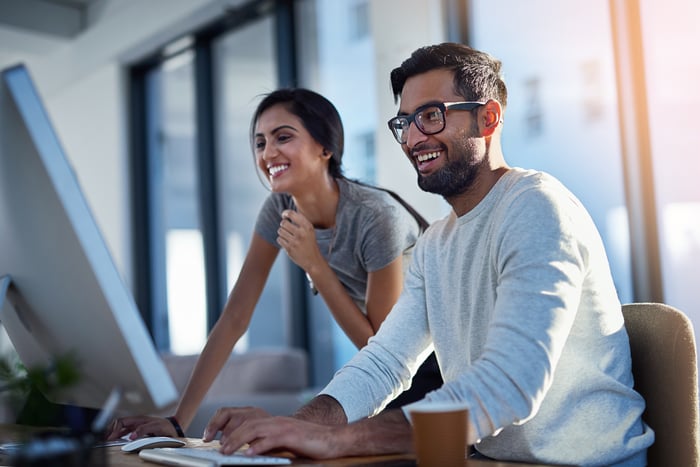 Disney (DIS 4.68%) stock quickly recovered from the coronavirus pandemic -- gaining 111% from its low in March 2020 through the end of the year. I don't expect a repeat performance from the shares this year, but Disney's track record shows us it usually delivers for investors over the long term. The stock has climbed about 75% over the past five years. 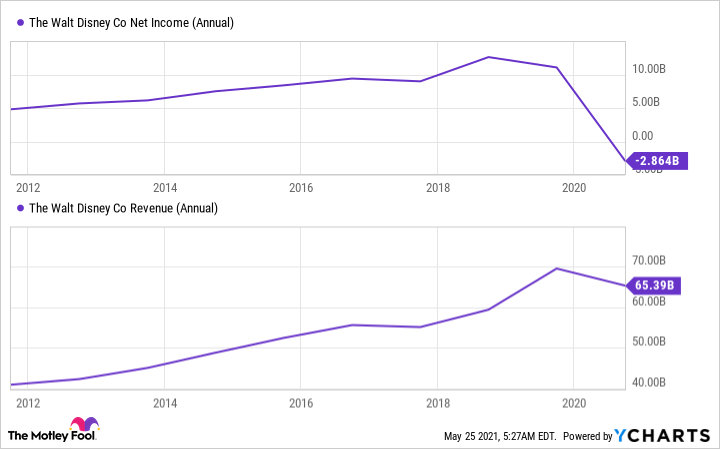 Last year was difficult for Disney. The pandemic meant it had to temporarily close its parks, and that hurt earnings. Looking ahead, I'm confident Disney's profit and revenue will recover.

The company has reopened all of its parks except Disneyland Paris, which will reopen in June. The reopenings began last July with the Florida parks. Importantly, Disney says that revenue at all reopened parks has surpassed the costs of opening them. The company also says future bookings at the Florida and California parks are strong.

Finally, Disney's streaming services are proving their ability to drive revenue. Hulu posted gains in subscriber and advertising revenue in the most recent quarter. And Disney expects its Disney+ service to reach profitability by fiscal 2024.

Nike (NKE 0.85%) should benefit from the digital gains it made during the pandemic well into the future. The company used its training apps to keep fans exercising and connected with Nike news.

This buoyed online sales, even when Nike stores were closed. This relationship is now lifting sales online and in stores. Buying members of the fidelity program climbed 80% year over year in the most recent quarter.

The upcoming Olympic games and other sporting events will further fuel Nike's growth. The company prides itself on innovation, and professional games and matches give Nike the opportunity to reach a broad audience of sports fans. Nike says it will showcase its next generation of the FlyEase shoe -- "an easy-on, easy-off design" -- at the Olympics this summer.

Overall gains in retail sales offer more good news for Nike. Of course, this spring's retail numbers would look great compared to those from a year ago when the pandemic was gathering strength. So Retail Dive compared this April's numbers with those of April 2019, and here we still see progression -- nearly 40% gains in e-commerce and even 3% growth in the struggling apparel sector.

Last year, Nike shares rose nearly 40%. But the company also has brought investors gains over the long term. The stock has climbed more than 130% over the past five years.

Nike's digital strength goes hand in hand with its stores that offer fans personalized experiences. And that equals revenue and stock-performance potential ahead.

What's the product the world needs most right now? A coronavirus vaccine. And Moderna (MRNA -1.41%) has it. The company was one of the first to market, and now has fully vaccinated more than 52 million people in the U.S. alone. Moderna sells its vaccine to countries worldwide. In fact, the contracts it's signed so far this year total $19.2 billion in product revenue.

The vaccine gave Moderna its first quarter of profitability. And more importantly, the vaccine may offer billions in revenue on a recurrent basis. Companies haven't yet said how often vaccinations must happen, but some experts say to expect annual shots.

Though this on its own sounds promising for Moderna, the company doesn't plan to rely on the vaccine forever. It's aggressively moving programs through its pipeline. The closest to market is a cytomegalovirus (CMV) vaccine candidate, and the company plans to launch a phase 3 trial this year. CMV is a common virus most risky for those who are pregnant or have weakened immune systems.

Moderna shares may look expensive as they've advanced more than 130% over the past year. But considering the company's pipeline and earnings potential, more gains likely are on the horizon -- especially for investors who buy now and hold for the long term.