Please ensure Javascript is enabled for purposes of website accessibility
Log In Help Join The Motley Fool
Free Article Join Over 1 Million Premium Members And Get More In-Depth Stock Guidance and Research
By Howard Smith - Jun 1, 2021 at 8:58AM

Management is taking advantage of the momentum trading in the stock by raising additional capital.

Movie theaters are lifting mask mandates for vaccinated moviegoers, and the weekend release of A Quiet Place Part II became the biggest U.S. box office hit of the pandemic era. But that's not what's moving the stock of AMC Entertainment Holdings (AMC 7.56%) today. As of 9:40 a.m. EDT, shares were up 13% after jumping more than 20% to start the session.

AMC stock popped today after the company said it sold 8.5 million shares to raise more than $230 million in new capital. That represents a sale price of $27.12 per share, compared to another share sale the company made just three weeks ago at a price of under $10 per share. 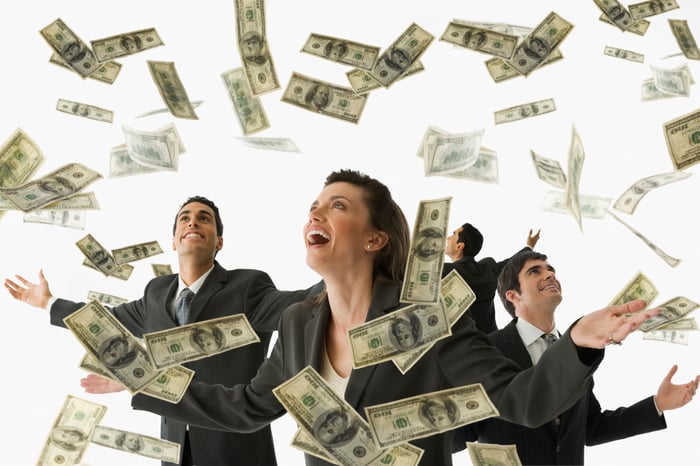 The company raised about $430 million on May 13, when shares had gained 500% in 2021 after the "meme stock" became the target of traders banding together to attempt to force a short squeeze. Just three weeks later, the stock's year-to-date gains sit at almost 1,400%.

As AMC attempted to weather theater closures resulting from the pandemic, it raised capital several times prior to the most recent share sales. As a result, the company's debt has ballooned to more than $5.5 billion. AMC CEO Adam Aron said in a statement that proceeds from today's announced share sale to financial firm Mudrick Capital Management will partially be used to "continue exploring deleveraging opportunities."

However, investors may be more excited to hear what the primary use of the cash infusion will be. Aron said it will mainly be used for "the pursuit of value creating acquisitions of additional theatre leases, as well as investments to enhance the consumer appeal of AMC's existing theatres." Investors that have been trading solely on momentum are feeling bolstered today that there may be some fundamental underlying business improvements to look forward to.